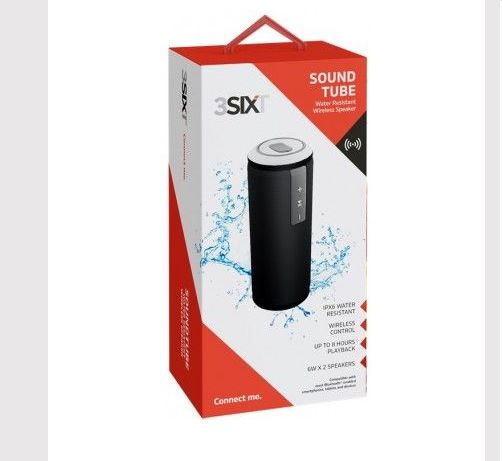 Top-of-the-range is the SoundTube looking very much like a UE Boom at three times the price. This $99.95 rugged IPX6 speaker has

The $79.95 SoundBrick continues the IPX6 rating. It has

The $49.95  SoundBlock like its bigger siblings is IPX6 water resistant. It has

GadgetGuy’s take – 3SIXT is good value and quite respectable

3SIXT is one of those brands that manages to offer good quality for reasonable prices. In doing so it produces no-frills products, e.g. no stereo pairing, party-up features, standard Bluetooth (no multi-point pairing and about a 10 metre oeprating distance).

It is a fact that when you enclose a speaker (IPX6), you cannot pump enough air to achieve good bass. If it does it is usually at the expense of mids and treble which you need for vocals and clarity.

The SoundTube should have enough higher-level bass given the design and internal volume.

3SIXT is available via major retailers, many newsagents, or you can order online. You will recognise the brand via its distinctive red and black packaging.