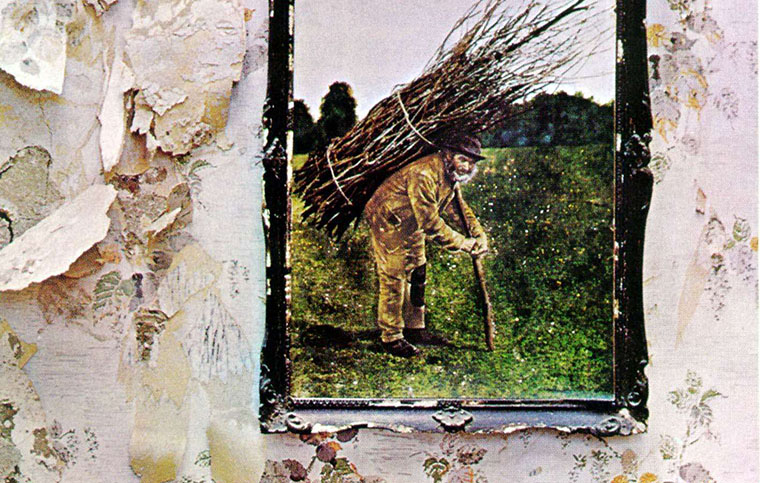 … that Led Zeppelin IV was released. And of course, the song “Stairway to Heaven”, which, with a run time of almost eight minutes, was too long to be released as a single. Didn’t seem to hold it back. In recent litigation it was suggested that the song has since earned more than half a billion US dollars.

Not to say that the song didn’t become a hit record eventually. In the early 1990s Australian personality Andrew Denton declared on his ABC show “The Money or the Gun” that “Stairway to Heaven” was the greatest song of all time, and had 26 performers do covers of the song on the show. Several were by tribute bands, so there was a Beatles-style version, a Doors-style version, a B-52s-style version, a dramatic poetry reading version, and of course, inevitably, an Elvis-style version.

Most successfully, a cover was recorded by the astonishingly entertaining, and now convicted sex offender, Rolf Harris. He claimed he’d never heard the original performance before doing his version. In 1993 his version rose to number 7 on the music charts in the UK.

More recently the song was taken to trial in the US with claims that it was based on the song “Taurus” by the US band Spirit, but a jury found otherwise.

The Beatles will no doubt remain the most famous of bands for decades to come, but there must be a strong argument that “Stairway to Heaven” is, and will remain, the most famous song in rock music.