79 tonnes of phones recycled by MobileMuster this year 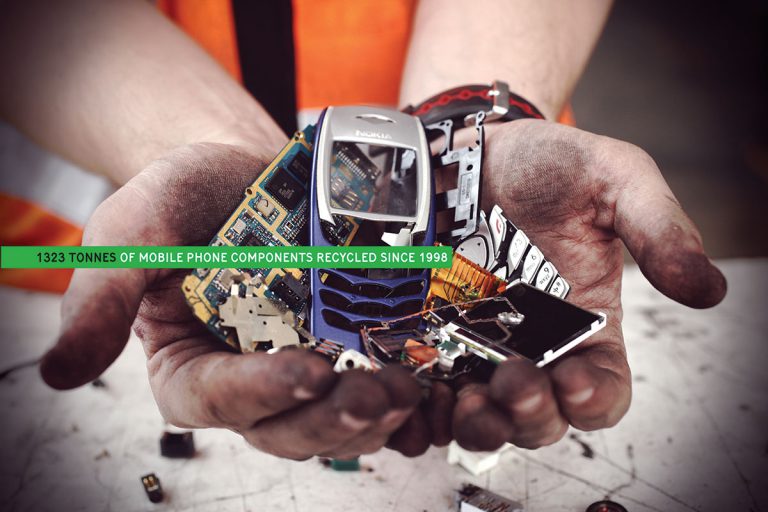 We’ve reported a couple of times on initiatives by MobileMuster. Its aim is to divert mobile phones from landfill and turn them to useful purposes instead. For example, it worked with DeafBlind to wipe suitable smartphones and repurpose them to members of the DeafBlind community, with suitable apps to help teach the use of speech recognition and Braille readers. It encouraged proper disposal by donating to OzHarvest for meals for the needy – sixty thousand of them – for each phone sent in.

These initiatives seem to be paying off. MobileMuster tells us that it has recycled tonnes of phones this year. Literally. In fact, 79.1 tonnes of them. And since being established in 1998, it has recycled 1323 tonnes. Actually, it isn’t just phones, but “mobile phone components”, so that would include chargers and other peripherals. For 2017, that translates into a cool million phones and batteries.

Except for those repurposed intact for such things as that DeafBlind initiative, that involves dismantling them and recycling of components to provide materials for other uses. MobileMuster uses Envirostream to recycle mobile phone batteries “onshore” – in Australia – rather than shipping them off to a third world country.

Its recycling rated has hit 99%, which means only one per cent of that million-odd phones and batteries and charges ending up buried in landfill. That’s 99% of the phones it receives, and that depends on people sending it the old phones they’d otherwise be tossing in the bin. MobileMuster says that 77% of Australians “are now privy to their options for mobile phone recycling, a figure MobileMuster is working to increase through ongoing education and public awareness programs.”

Having a look at MobileMuster’s summary figures, it seems that it’s meeting and exceeding its activity targets nicely, mostly meeting its consumer behaviour figures (they were hoping to get the proportion of people keeping their old phone down to 37% and actually got to 34%), and falling short with the industry. They’ve gotten Google and Nokia on board now (adding them to Microsoft, Samsung, Motorola, HTC, Huawei, ZTE, Alcatel and Oppo), but manufacturer participation remains at just 40%*. Mobile Network Carrier participation is rather better at 86%.

To get your old phone to it, MobileMuster says that you can drop the phone (and all accessories) at any retail mobile store, or use the free post satchel available at any Australia Post outlet, to send it to them. In fact, check your phone’s box. Several manufacturers include the satchel in them for your old phone. In addition to all brands of mobile phones, and their chargers, batteries and accessories, MobileMuster welcomes old mobile WiFi devices and smart watches.