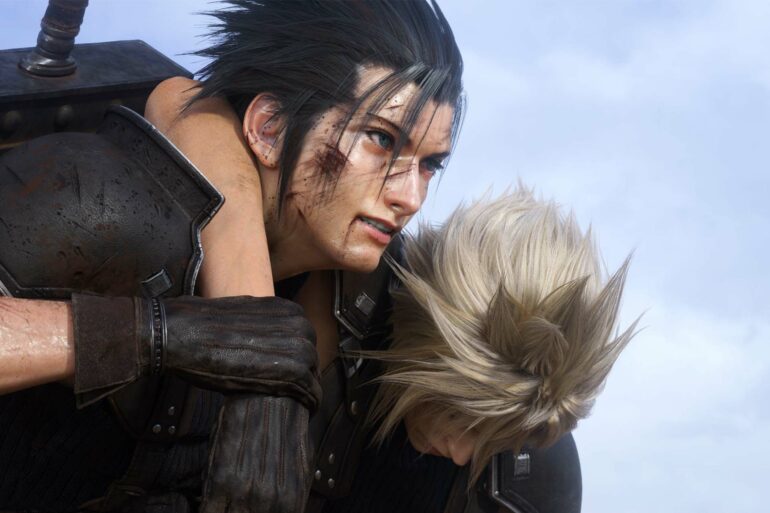 Not-E3, faux-E3, “Keigh-3” – in reference to video game presenter Geoff Keighly – whatever you want to call it, the past few weeks have been stacked with gaming announcements.

This is despite E3, the Electronic Entertainment Exhibition, not taking place in 2022. In its absence, many major gaming companies and publications hosted various showcase events to announce upcoming projects from some of the biggest names in the business.

To help you keep on top of the news, here are the biggest announcements from not-E3 2022.

Prior to the Xbox and Bethesda Games Showcase, a cloud streaming app for certain 2022 Samsung Smart TVs was announced. While a dedicated streaming dongle is still a while away, the lucky owners of compatible Samsung TVs will soon be able to stream and play next-gen console games without the box. All you need is an Xbox Game Pass subscription and a decent internet connection. Expect to see the Xbox app appearing on Samsung TVs from the end of June onwards.

As part of Square Enix’s Final Fantasy VII 25th anniversary presentation during not-E3, the Japanese company made a massive announcement regarding the series. Square Enix revealed that the 2020 Final Fantasy VII Remake was part one of a trilogy, with part two launching during our summer in 2023. Entitled Final Fantasy VII Rebirth, the second part also has a brief trailer teasing its direction following the first part’s mind-bending finale.

The Last of Us Part I features reworked graphics, gameplay and controls designed to take advantage of newer hardware. The remake also includes the prequel content Left Behind which explores more of the protagonist, Ellie’s, backstory. The Last of Us Part I launches on 2 September 2022.

Call of Duty: Modern Warfare II gets a release date and campaign footage

Summer Games Fest 2022 gave us an extended look at Modern Warfare II‘s campaign gameplay, with all of the military action fans have come to expect. Developed by Infinity Ward, the latest instalment of the franchise launches on 28 October for PS4, PS5, Xbox One, Xbox Series X|S, and PC across Steam and Battle.net. Free-to-play battle royale game Call of Duty: Warzone 2.0 is also inbound later this year.

In between sketches, Devolver showcased several promising games on the way soon. Two Australian-developed games were showcased, including Cult of the Lamb, which launches on 11 August 2022, and The Plucky Squire due for a 2023 release. Both games look impressive, and The Plucky Squire features an artist, James Turner, who has previously worked on the Pokemon series.

The Xbox and Bethesda showcase included way too many big games to adequately include in a roundup article (shoutout to the Adelaide-made Hollow Knight: Silksong). Arguably the one everyone is talking about is Starfield. From the folks at Bethesda known for The Elder Scrolls and recent Fallout games, their latest RPG looks massive.

With over 1,000 planets to freely explore, you can create and customise your own ship, build bases, and embark upon a spacefaring quest. In Starfield‘s first major gameplay trailer, we saw plenty of genre hallmarks including character customisation, crafting, and combat. Although originally slated for launch later this year, Starfield will release on Xbox and PC in 2023.

Netflix gets its killer gaming app with Poinpy

Even Netflix got onto the not-E3 train, announcing multiple games and game-adjacent projects coming to the streaming platform. Published by Devolver Digital, the colourful vertical-climbing game Poinpy from the developer of Downwell is out now on mobile for Netflix subscribers. It’s excellent and will be joined by other Devolver games Reigns: Three Kingdoms and Terra Nil in the future.

Netflix also has many other games and adaptations in the works, including an animated Dragon Age series, and an upcoming narrative RPG based on the popular Shadow and Bone books.

Resident Evil 4 is yet another incoming remake

While technically not within the unofficial not-E3 window, Sony hosted a PlayStation State of Play presentation a few weeks ago, which announced the Resident Evil 4 remake. It’s due for a 24 March 2023 launch on PS5, along with PlayStation VR2 content for the game and Resident Evil Village.

Other big announcements included a flashy trailer for Final Fantasy XVI, which is due next year in our winter, and Stray, a game where you play as an orange tabby, is out on 19 July 2022 for PS4 and PS5.