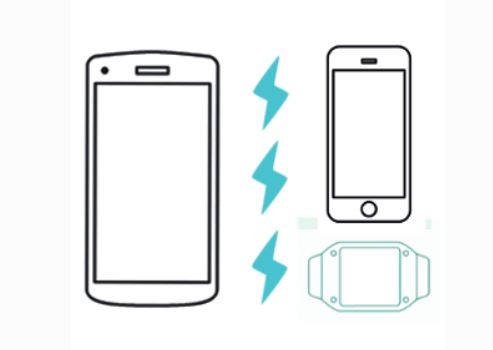 Leading technology research firm Telsyte says 4.8 million smartphones were sold from June to December 2017 and nearly half were Apple. Total sales were up 11.2% to 9.2 million for the year.

Telsyte is independent – its reports are usually spot on as it uses ‘Sell-out figures’ that reflect actual sales – not sell-in that can reflect warehouses full of unsold phones and smart devices.

Telsyte Australian Smartphone and Wearable Devices Market Study 2018 says Android has 55.1% market share here, and Apple has 44.7% – the rest is too small to contemplate. There are now 19.3 million Australian smartphone users.

Android sales were driven by a ‘replacement’ cycle. Interestingly Android has a global market share of somewhere between 85-90%, but that reflects the fact that handsets range in price from $15 to $1,500. The flagship end accounts for less than 10% of sales and Australia is a great market.

Apple iOS was driven by its iPhone 7/Plus and 8/Plus – the iPhone X missed the boat due to its higher price and a short time in the market.

Telsyte says one factor for higher prices here is the demand for more storage memory with over 70% claiming it was now an important purchasing factor. As more phones are used as cameras and personal entertainment devices more people are looking to 64GB as the base size.

Android phones generally have miro-SD slots for low-cost storage expansion. Apple does not!

Apple users reported the highest satisfaction rate – 85% saying they would buy again but that also reflects the stickiness of Apple’s walled garden ecosystem – once you are in it is damned hard to get out without buying Android apps and media content again.

Samsung had a 70% repeat purchase rate. Another power player OPPO Camera Phone picked up the Canstar Blue award for most satisfied customers. In the Android world apps and content are easily transferred between brands and models of handsets.

Sales of smartwatches exceeded fitness trackers for the first time in Australia (58/42%), with 844,000 smart wrist wearable devices sold in 2H 2017. Overall there was a year-on-year decline in smart wrist wearables dragged down by plummeting fitness band sales, which declined by over 30%.

Telsyte research shows annual unit sales of Apple Watches have been consistently outselling Swiss watches in Australia since 2016. However, Swiss watch revenues are higher as they often cost more and deliver higher margins for watch retailers.

Telsyte believes the new Apple Watch LTE (able to connect to mobile networks) version and lower entry prices on other models were the main drivers for the surge in Apple Watch sales during 2H 2017. Telsyte believes Apple exceeded 1 million Watch users in late 2017. Apple and Fitbit are still the market leaders in smartwatch and fitness bands market respectively at the end of 2017.

Telsyte research indicates Apple Pay has the most potential to change Australians’ banking decisions as Android Pay is more widely supported by major banks in Australia.

“More than half of Apple Watch users in Australia cannot use Apple Pay with their primary bank, creating a climate for attrition amongst some of the most valuable customers,” says Telsyte senior analyst Alvin Lee.

22% of iPhone users claim they are more likely to bank with a provider if it supports Apple Pay. This figure increases to 32% for those who are also using an Apple Watch.