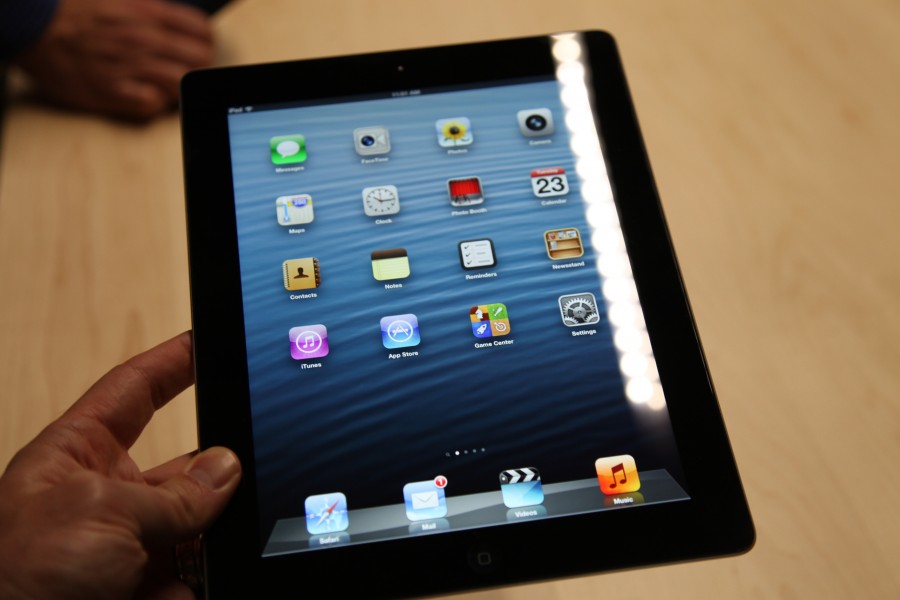 While the 3rd generation iPad was launched earlier this year, Apple surprised many when it announced a 4th generation successor at the San Jose event.

While the ‘new’ new iPad includes some updated hardware, it’s more of a small leap than a giant jump to an entirely new device.

Essentially Apple has tweaked the iPad where it needed it the most: connectivity. The 4th generation iPad now has ‘world’ connectivity, meaning that it can connect to more types of 4G LTE networks around the world. In Australia, this means that Telstra, Optus and Virgin 4G networks will work with it.

A second, and perhaps even more interesting upgrade is the introduction of Apple’s new A6X processor. Compared to the 3rd generation iPad’s A5X unit, this can crunch data and process graphics about twice as fast. I terms of architecture, it appears that the A6X heart has the same dual processor cores and quad graphics cores as the current A5X’s design. Apple says that the extra performance of the A6X comes from further miniturisation as well as advanced hardware and software integration.

Since the current iPad is arguably one of the fastest tablets on the market, it will be interesting to see just how powerful the 4th generation model is, and how this translates to viewing web pages, playing graphically rich games and watching HD video. Watch this space for our test results.

Also new is the addition of Apple’s Lightning connector, which is technically better than old 30-pin plug but presents challenges when connecting to most existing accessories and docks.

The new model also gets dual-band Wi-Fi support, and can now connect at theoretical speeds up to 150Mbps via dual channel technology on 5Ghz 802.11n wireless networks.

Otherwise, the same gorgeous retina display is used, and the device shape, dimensions and screen size remain the same as the 3rd generation iPad.

It also appears that the iPad naming convention will stay the same, with the ‘new’ new iPad replacing the current model, and then will just be called ‘The New iPad’.

[UPDATE – An Apple spokesperson has said that the 4th generation iPad will be called ‘iPad with Retina Display’, rather than ‘The New iPad’.]

The fourth generation iPad with Wi-Fi models will be available on Friday, 2 November, in black or white with a retail price of AUD$539 for the 16GB model, AUD$649 for the 32GB model and AUD$759 GST for the 64GB model.