A world of internet entertainment 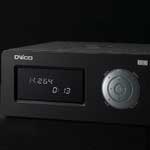 As we’ve discussed in other articles on this site, with the TViX 4130 and 5130 PVRs, you can dial up literally thousands of different internet radio stations. These come from nearly everywhere in the world. They encompass all programming formats and most languages. Anyone can find an internet radio station that suits them better than the small number carried on the radio waves in their home area.

But audio is only a small part of what’s available on the web: video is becoming increasingly popular. The TViX PVRs do not (yet) support ‘streaming’ video – that is, video played live directly from the internet – but they do support most of the video formats that can be downloaded. Any that aren’t presently supported will be added by DViCO, which is constantly enhancing the unit’s capabilities by means of providing firmware upgrades. The firmware is the basic operating program for the unit. The updates are easily installed, simply by downloading them from the TViX website to a computer, connecting the unit to it by USB, and running the firmware upgrade option.

But even though there is no streaming as yet, there are still plenty of videos available for download from the internet. We have experienced many times the frustration of watching a new TV series from a regular commercial broadcaster, only to have the TV station decide that it no longer wants to run the series. On one occasion, we recall, it stopped the show after just eight episodes, claiming that this was the Season Finale.

That need no longer stop you in your tracks. Many TV shows can now be downloaded from various sites on the web at modest cost, so at last you can continue to follow that favourite series.

You can do all this with a computer, too. But standard computers are not equipped for high quality AV transfer to your home entertainment system. Media centres are, but they are simply computers in a slightly less ugly box and with different output sockets. They are still big, unwieldy and expensive. You could buy both the TViX 4130 and 5130 PVRs, plus a huge hard disk for the former, for the cost of most media centres. Take this route and you’d also avoid the configuration problems and flakiness of some models.

And this is really where the TViX PVRs come into their own. They bridge the gap between the two high-tech areas of our lives: computer and home entertainment technology. At the moment there are a multitude of video formats on the internet. The labels for these can be daunting. There are WMV-HD, MPEG, DivX, Xvid, MP3 and more. But with a TViX PVR, you neednÃƒÂ¢Ã¢â€šÂ¬Ã…Â¡ÃƒÆ’Ã¢â‚¬Å¾ÃƒÆ’Ã‚Â´t worry about the format. They will play all of these formats, both picture and sound, in full 1080p high definition and surround sound if that is what is in the video.

One of the hottest formats uses the H.264 systemÃƒÂ¢Ã¢â€šÂ¬Ã…Â¡ the same that is used on many of the best Blu-ray and HD DVD discs to provide the very best in picture quality. And should something even better appear next year, the chances are TViX will be able to deliver it to your TV.

The future for accessible media on the internet is very bright, and a versatile device, such as the TViX PVRs, will ensure that you can make the best use of what is now available, and even more what is yet to come.