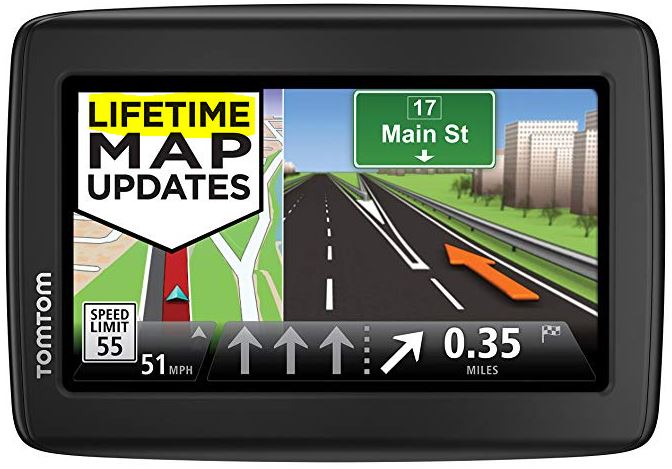 GadgetGuy got upset over TomTom saying its Free Lifetime Maps were over for a premium Satnav device barely three years old.

We told readers of the issue in January 2018 when TomTom arbitrarily stopped supporting 66 devices, some of which were still on sale in clearance outlets, with Free Lifetime Maps.

Then over Christmas 2018 my daughter’s $399, TomTom Go 6100 stopped operating, and TomTom has been spamming her ever since to buy a new unit as

a) Mapping and Services to stop for your device and

b) “Your current Satnav is incompatible with TomTom’s latest map update.

Both claims are absolute crap! All TomTom wants to do is sell services (maps) as they make it a bucket load of money.

The Australian Competitor and Consumer Commission (ACCC) took TomTom ANZ to task over its Free Lifetime Maps statements. And while it was at it cleaned up the ‘Free Lifetime’ statements made by some other SatNav makers including Garmin Australasia and Navman (MiTac Australia).

The companies have agreed to amend statements on all future advertising and marketing materials and packaging.

“We believe the statements about ‘lifetime’ services made by these GPS manufacturers were inconsistent with what consumers would understand ‘lifetime’ to mean. Consumers would have rightly expected to receive those services for the lifetime of the device, without the manufacturer being able to unilaterally terminate the commitment”.

But has this really helped? The problem still remains!

The ‘Free Lifetime Maps’ issue was deceptive and misleading conduct. When does Free Lifetime Maps (or Traffic) mean until the maker decides your device is dead! In my daughter’s case a three-year-old, premium $399, 6” TomTom Go 6100 is now worthless.

There have been no such issues with Garmin and Navman that tie ‘lifetime’ to the devices memory capacity to hold new maps.

The length of time varies depending on the memory capacity of individual models to accommodate new larger maps, as well as whether our mapping provider continues to supply those maps.

Navman has agreed it will no longer use the terminology “lifetime map updates” to describe map updates on many of its models. It does not change its approach to map updates and Navman will continue to support models with regular (monthly or quarterly) map updates for as long as it is physically possible.

Here, has an example of changes in Poland – a relatively small, developed country. In 12 months, it had (HERE Map Update Study 2013)

These exclude adding more detail to maps like road conditions, black spot and hazards, school zones, of interest and more. From what I can find NSW alone has about 120,000km of new roads, 23,000 new street names and 9000 turn restrictions (estimates based on 2016 map data).

The real outcome is that SatNav makers now can’t offer ‘free lifetime maps’ and instead will limit the number of updates – users of older Satnavs will still be forced to update to new ones due to the enormous changes.

GadgetGuy: There is a silver lining to the ACCC’s ruling on Free Lifetime Maps – but it will take some effort

The ACCC pointed out that under Australian Consumer Law you have inalienable consumer rights. “We also encourage consumers to invoke their consumer rights if they believe they have been misled or are not getting what they paid for.”

You should be able to receive a refund if you bought the Satnav because of an expectation of free lifetime maps. It is unreasonable to expect that you went to a website to read ‘exceptions’ or had sufficient legal expertise to understand conditions are obscure or not clear on the packaging.

Or, you can demand a repair (not possible if the device has insufficient memory) or a replacement with a similarly sized device that does have map updates.

Finally, compensation for damages is possible if out-of-date map data caused the issue.

GadgetGuy urges its readers to keep us in the loop with your experiences and repeats that after shoddy, miserable treatment received from TomTom that any other brand is preferable.

Stickiness – what IT tech we still use each day!

Navman 2019 range – rumours of the demise of GPS are greatly exaggerated.

The future of portable car GPS navigation and dash cams