Accenture Survey shows we are a talkative lot 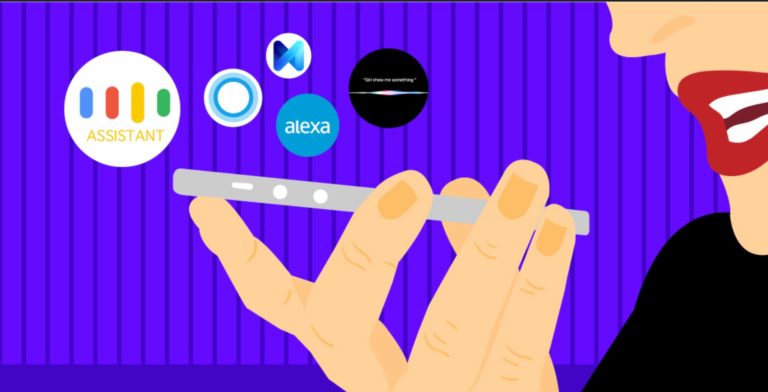 The Accenture 2019 Digital Consumer Survey (full report here) says that the world has to adapt to become ‘hyper-relevant’.

First, you need to know the Accenture (website here) methodology. Some 22,500 people in 21 countries completed an online survey (so they have access to the internet) including 1000 Australian’s. Data is then extrapolated to cover the population.

DVA use is highest in China, the UAE, India and Mexico averaging 50%. In Australia it is about 17% with a prediction that will grow to 26% by year-end. Globally 45% have more than one speaker. Satisfaction rate is a spectacular 96% based on the top three uses – playing music/ebooks (48%), accessing news (44%), and voice calling (43%).

53% say DVAs will strongly influence what other smart devices they buy and how they use them. They influence the whole consumer technology and service ecosystem in a way that no other device, including smartphones, has done before.

Simply put all IoT and appliance devices must support the chosen ecosystem. More than half of the stand-alone DVA owners report that since they got their device, they are using their smartphone for fewer services. As standalone devices become more pervasive in homes, we’ll see even bigger shifts taking place – not the least of which is the range of tasks DVAs are expected to handle.

Holding back DVA adoption is more use cases and trust

Privacy is a big concern with 41% of owners expressing doubts. The problem is that DVAs need to know more about you to help you while creating and constantly renewing deeper trust. It also means increasing the value a consumer perceives in an ecosystem so they’ll want to buy it for their home. In the end, it might mean rethinking a business model to give people what they really want.

For example, the three ecosystems here are Google Assistant, Amazon Alexa and Siri. Contrary to US experience where Amazon is in the lead because of its establish shopping brand, in Australia Google Assistant sells three-to-one because of its Android base and Amazon has not yet been embraced as a shopping option. Siri is for Apple users, and it’s still more in the development stage.

XR technologies have largely been for gaming, but that’s changing rapidly. Consumers are trying out these immersive services such as watching TV or being entertained in a holiday resort). There is consistent interest in using XR in new ways – how to solve practical household problems, training, visualising (how clothes might look and feel in real life).

24% of Australians use XR services mostly for private use versus 49% in China (4% professional use, vs 15% in China). Entertainment services are far ahead in services experienced with most respondents (56%) using it to play games. But there is still interest for more functional use cases. Ownership of XR headsets or glasses has increased but remains at a low level as many consumers go to public places for immersive XR experiences – 5%.

Why is take-up slower here?

Its all about content and how to get it. At present China and many Asian countries have super-fast, reliable and cheap broadband. In Australia the lucky few have NBN, but few are on the 100Mbps level. XR takes lots of bandwidth.

Australia only had Foxtel (cable and satellite) services until Netflix; Stan et al. came here. Cutting the cable – a term widely used in the US – is gaining momentum here as Foxtel’s Platinum package (all services) is around $140 per month versus Netflix at $11-15 per month. The latter has a huge catalogue of films and TV shows on an all-you-can-eat basis with no lock-in contract. The only catch is you need 25Mbps or faster NBN, and it helps to have unlimited monthly data.

Globally cutting the cable has led to exponential growth in SVOD

SVOD (subscription video on demand) is now used by 52%. Emerging issues, however, include privacy (they know what you watch, like and dislike) and highly targeted advertising. The next step will be to have premium services that remove advertisements and protect privacy.

None of these are easy tasks. But they’re all critical to ensuring sustained growth and relevance from now on.