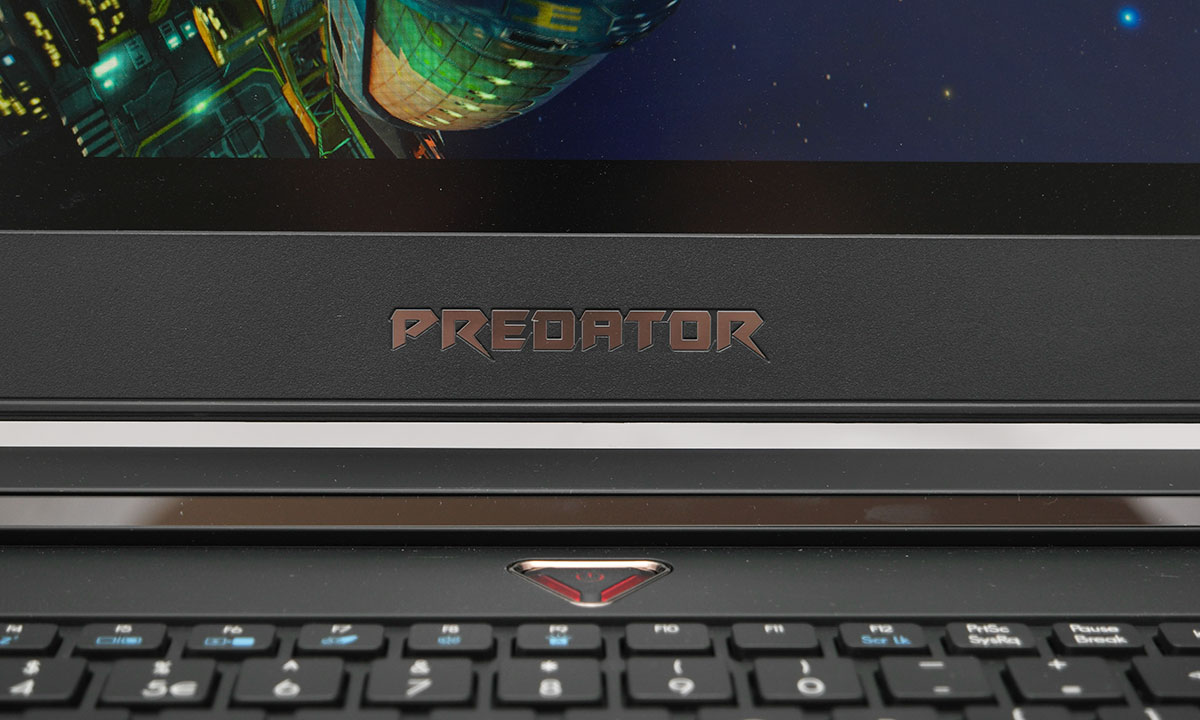 Not every PC should be treated the same, and Acer’s Predator 17 looks to prove it, skipping past the slim and minimalistic design most laptops features these days, opting for something meaty, angry, and looking to conquer your gaming needs. Does it succeed?

Gaming machines tend to be a different breed of computers, and if you’re a gamer or you’re buying for a gamer, this fact is one of the first things you find out, because the number one lesson is gaming computers look nothing like their regular or business-friendly counterparts.

Take Acer’s 17 inch Predator as an example: here is a machine decked in black rubber with a real angry look to it.

While most laptops tend to go for simple and elegant in their design, or often just the essence of minimalism, gaming machines like the Predator are totally different, featuring soft black rubber along the lid and inside, honeycomb texturing under the hinge, and a bunch of red lighting.

It’s also big and bulky, delivering a 17 inch display — something that has become less popular over the year — in a body that weighs almost four kilograms.

There is a fair amount of componentry inside the Predator 17 to account for this weight, and a bunch of ports, too, enough so that if you had to be on the look out for a future-proof machine, Acer feels like it’s trying to offer that, delivering four USB 3.0 ports, a full-size DisplayPort, an HDMI port, Gigabit Ethernet, an SD card slot, a Blu-ray reader with DVD burning capabilities, and even one of those new fandangled Thunderbolt 3 ports, which also means you have a USB Type C port in a pinch.

That’s a fair amount of flexibility, but it does lend itself to making the Predator 17 one large machine, and it’s a large machine with a few bonus features which help it to stand out.

For the Predator 17, Acer has teamed up with case and cooling brand Coolermaster to build a removable fan. Yes, if this computer decides to get a little hot, or your online and gaming activities become a little too much for the system to bear, you can replace that optical drive with a drive-bay fan, bringing a little bit of that customisable desktop experience to a laptop.

It’s a great idea and very easy to replace, though our testing of the Predator 17 didn’t reveal that it was doing all that much.

Then again, if you decide to push the system harder than we did — because some people don’t play nicely and like to overlock — we’re sure you’ll be happy with the inclusion of the removable fan bay.

There’s also a little more for the cooling side of things, with air vents at the back complete with heat-sinks clearly visible behind the lined grills, because you can never have too much air leaving a grunty gaming box.

And these aren’t the only value-adds Acer throws in with the 17 inch Predator, as you’ll find five — count ’em — macro keys along the side of the full-size keyboard, with a program switching key to change what they do, too.

There’s a degree of lighting under the keys, too, providing colours of LED backlit keys, and while it’s not crazy in the sense that Alienware’s programmable lighting works, at least it doesn’t feel cheap, with switches for various sections of the keyboard offering up red and blue, though no advanced colour customisation.

You do however get an LED notification light section under the screen and acting as the hinge, with a long strip glass or plastic covering the notifications that almost makes the Predator 17 come across like it’s a Cylon from Battlestar Galactica.

The tiny slits of red lights feel a little like the computer is watching you, waiting for you to realise what it can do.

Get to typing on the keyboard and you’ll see it, with a solid full-size keyboard complete with numberpad waiting for you, and without doubt, this has to be one of the best Acer keyboards we’ve felt yet.

While every manufacturer is doing a lot better in keyboards lately, the Predator keyboard is a lovely step up for Acer, with a solid click provided for each key, a reasonable amount of travel, and a good clack sound with each stroke.

Your primary “WASD” keys are even segmented off in red — so you know where they are at all times, hyper important in first-person gaming — but even the regular typing works a treat, reminding us more of a solid gaming keyboard than that of a standard laptop keyboard.

We did find that you had to type pretty hard for this keyboard, likely due to how much travel there was, but this is a decent set of keys for Acer, and quite impressive.

Much more so, at least, than Acer’s trackpad, which offers up a rubber finish and a wide spacious area for your fingers and thumb to go browsing, but generally doesn’t offer the right sort of click for any gaming.

Granted, we suspect most gamers will get out a proper mouse and plug it in when push comes to tap, and then click, but you’ll find this trackpad is only useful for using the computer, not playing games.

At least Acer has nailed that, because the Predator 17 has performance where it counts.