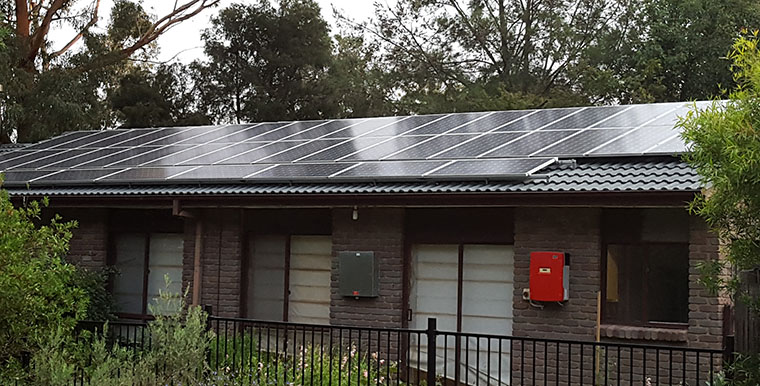 South Australia has been at the forefront of household-based solar power in Australia for years, but solar brings its own problems. Now these are set to be solved with the world’s largest Virtual Power Plant, backed by AGL Energy Limited, the Australian Renewable Energy Agency (ARENA), and Sunverge, an energy management and storage company.

The problem with solar (and, for that matter, wind) electrical generation is inconstancy. Clouds roll in and the solar panel output drops. Night falls and no power is generated. You’d think that this would hardly matter since it’s simply topping up the power that you get from the grid. But that isn’t using your rooftop solar panels efficiently. When you’re not using the power generated by them, you want it to be fed back into the electrical grid. Aside from anything else, that offsets your electricity bills.

But that inconstancy remains a problem. When the sun comes out, tens of thousands of solar panels are pumping lots of power into the system. Plant-based electricity generating facilities (typically fossil-fueled) have to reduce their output to compensate in order to keep the entire grid running smoothly. When the sun goes away, they have to ramp up their output. This is quite apart from the cycles of power demands throughout the day, the week and across the seasons.

Here’s were a Virtual Power Plant (VPP) comes in. Each house with solar panels can have a large battery pack installed to store any excess solar energy. The batteries in a thousand homes are digitally connected via the cloud so that they are managed as one effective unit. Through advanced ‘intelligent’ management the loads are balanced, the need for winding up and down power plants is reduced, and better savings in both energy and costs are delivered. The system is smart enough to develop schedules for releasing power from the Virtual Power Plant according to when it can be most efficiently used, given the specific circumstances of the grid.

Over the course of 18 months, the South Australian AGL VPP will involve a thousand homes and businesses, the largest in the world. The first phase is for 150 installations by April 2017. Participants will be able to purchase at discount a power storage installation from San Francisco-headquartered Sunverge.

Sunverge says that the capacity of each installation will be 7.7kWh and that each can provide up to 5kW of power. According to Sunverge, the cost to each of these 150 participants will be $3500, and that includes installation and software in addition to the hardware. AGL Managing Director and CEO Andy Vesey does the math: “The virtual power plant will be capable of storing 7 MWh of energy, with an output equivalent to a 5 MW solar peaking plant. We believe it will demonstrate alternative ways to manage peaks in energy demand, contributing to grid stability and supporting the higher penetration of intermittent, renewable generation on the grid.”

This is good timing for South Australia. Its energy prices are significantly higher than a number of other states and there have been some nasty temporary price spikes, blamed at least in part on load and supply management issues.

ARENA is providing approval for $5 million of the expected $20 million of the project. The CEO of ARENA, Ivor Frischknecht, sees a strong future for technology of this kind. “Australia is on the cusp of a battery storage revolution as technology costs continue to fall,” he says. “ARENA expects virtual power plants to play a significant role in the future as more renewable energy is connected to our power networks. The approach can ease local network constraints in South Australia, displace gas power and complement the Victorian interconnector, especially during times of peak demand.”