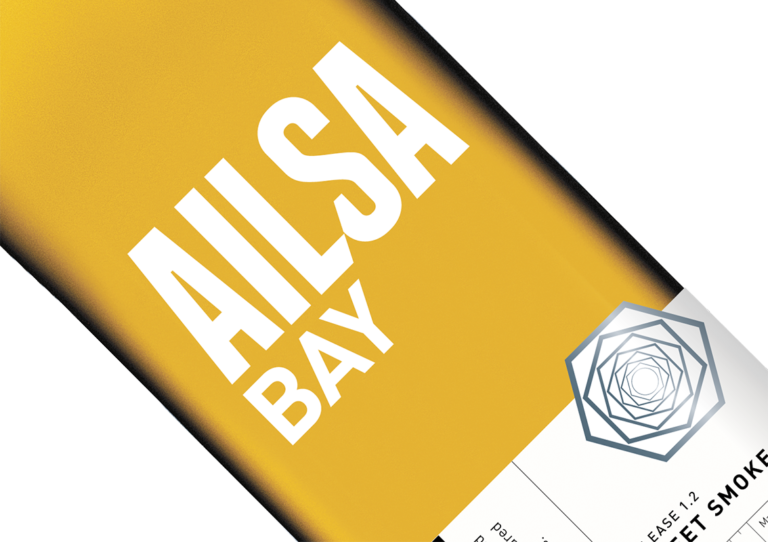 Can you manipulate the science required to produce a perfectly balanced whisky? Makers of Ailsa Bay Sweet Smoke single malt scotch Whisky want to prove that you can.

It has all the lineage you would expect of the Scottish Lowlands. Ailsa Bay Sweet Smoke scotch whisky (website here) is part of William Grant and Sons that also make Balvenie, Glenfiddich (Scotland’s largest distillery), Kininvie (Monkey Shoulder blend) and Girvan.

However, the location is probably where the convention ends regarding this spirit first released in February 2016.

The whisky then undergoes a micro maturation process (again, the first of its kind), where the spirit goes into small bourbon casks for six to nine months to create a rapid maturation.

While the science and approach are impressive, what does this mean for the tasting experience? Well, Ailsa Bay claims its method allows it to strike the perfect balance between peat and sweetness. But does it pull off this balancing act?

Full disclosure here, I have by no means a professionally trained palate. Whisky is my spirit of choice, and I enjoy this whisky on the rocks.

Ailsa Bay touts this whisky as possessing an intriguing balance of oaky sweetness and peaty dryness.

Upon pouring, the nose detects the immediate smack of bonfire, with a slight hint of antiseptic. It is such a distinct, incredibly aromatic smell and a delight to take in.

Upon tasting, an immediate smack of smoke is present, but this subtly dissipates into a sweeter, vanilla, oaky flavour, before coming back to leave you with a smooth and smoky finish. It is one of the more complex tasting whiskies I’ve tried in a while, and if you enjoy smoke, you’ll find it here in spades.

This is the second iteration of this whisky. Ailsa Bay has refined the formula ahead of this release with a jump in the sweetness, and a mild tweak to the smokiness.

The bottle retains the same shape as Release 1.1. It is a tall, unassuming cylindrical bottle.

The science behind this whisky is a key feature of the label design elements made of graph paper with a geometric pattern.

It certainly looks like a premium bottle of whisky (one would hope so at this price point). I wouldn’t hesitate to gift this to someone or bring it to a special occasion. The narrative around the unique process and taste is an added talking point if that’s something you’re in to.

Would we drink this again? Absolutely, it is a terrific whisky. It also proves that you don’t need to age it for a very long time to get a complex, satisfying oak flavour. Rapid maturation really works.

It would be great paired with smoked meats if you really wanted to get into the taste. But, it is equally appropriate for a casual evening scotch as well. If you’re not a fan of very peaty, smoky, full flavoured whiskies, however, this probably won’t be for you.

More importantly, if you enjoy this category and are a uisgeophile, you should try this for the experience alone. There’s definitely an element of the unique and novel here that fans shouldn’t miss.

It is available from Liquorlandand FirstChoice for $99.

Packaging
Intensity
Smoothness
Flavour
Value for money
The science of Whisky is a real talking point
In a class, almost on its own
Eminently drinkable straight or on the rocks – banish Coke or Dry!
Might be a little smokey for some tastes
4.9