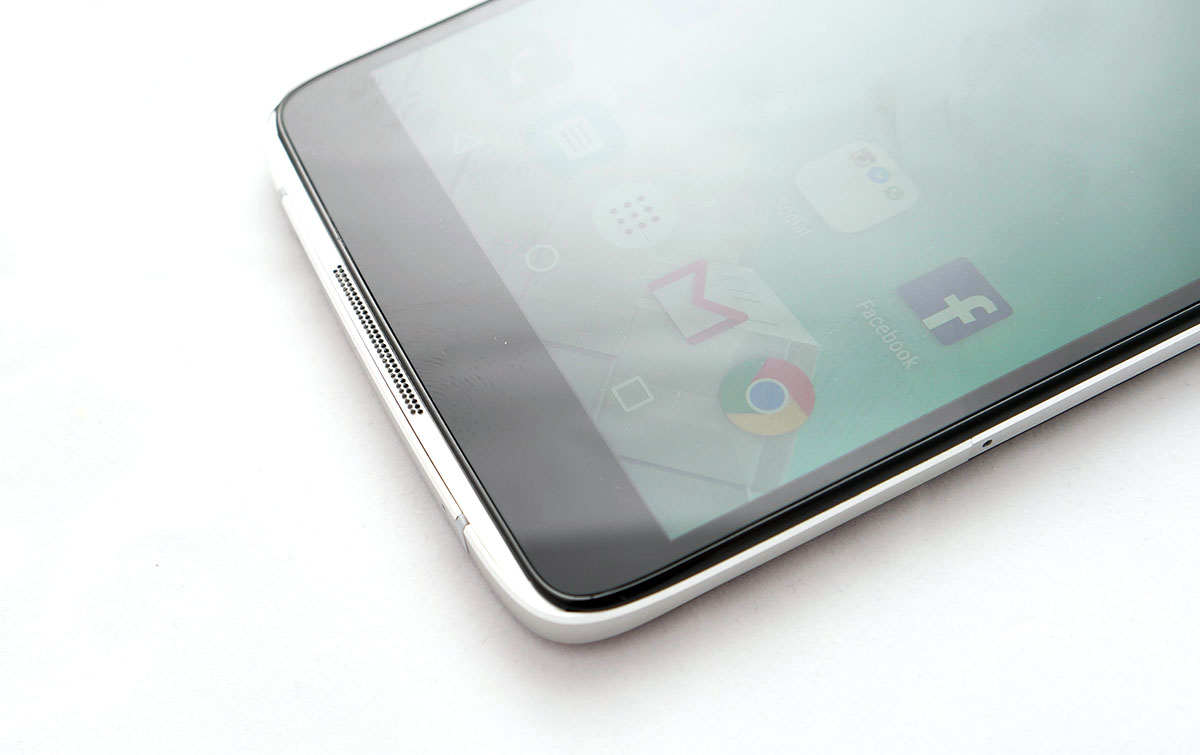 It’s not just Oppo and Huawei that are playing a smart game with smartphones, because Alcatel’s latest announcement is a little more than another iClone.

Fresh from the floor of Mobile World Congress, Alcatel has a new phone ready that looks to compete hard against even the top end phones out of the show, and the word is it will do it for a better price.

First, though, you need to know about the phone, so let’s talk spec, because they’re not bad for Alcatel’s Idol 4.

In this phone, you’ll find an eight-core Snapdragon 617 processor paired with 3GB RAM and 16GB storage, though you won’t be fixed to that size, as there’s a microSD slot in this phone.

That microSD slot sits on a tray providing access to a nanoSIM, ejectable via a pin as you’d expect from a phone, and once it’s loaded, it’s Category 4 4G all the way.

Connectivity is also catered for over the high-speed 802.11ac standard which is also backwards compatible with 802.11a/b/g/n, and there’s some high speed charging built into the phone, too.

But the screen appears to be going for a good impression, as is what is around the screen.

First things first, though, is that display, and Alcatel is equipping what appears to be a fairly bright and vibrant Full HD screen to the 5.2 inch size, and it is definitely easy on the eyes. We’re told a 5.5 inch model will be arriving eventually with a higher resolution 2560×1440 screen using AMOLED, but in this standard Idol 4, it’s just your typical Full HD.

Not that there’s anything wrong with that, because the 5.2 inch size does offer a good 423 pixels per inch which is more than enough for the human eye not to see pixels.

Cameras are also here, too, and you can expect a 13 megapixel rear camera with an 8 megapixel shooter up front.

Overall, that’s not a bad set of specs, and after a brief play with the phone, we’re able to tell you that not only is Google’s Android 6.0 “Marshmallow” here, but that the news is good for the phone being as good as the news. Surprisingly so.

In the hands, the design is definitely familiar, though it’s hard to deviate terribly from the basic smartphone we all know and love.

Alcatel’s insistence on aluminium framing does exude more quality than we’re used to from budget brands, and the glass finish on each side is a touch slippery, but still feels more premium than a lot of other phones.

The edges do remind us a little of Samsung’s Galaxy S6 Edge, though we suspect the antenna lines are more something every brand is doing these days.

There’s also a pretty bright and lovely screen, with speakers around the side aiming both forward and backwards.

Playing with the Idol 4, though, one of the more intriguing features has to be that of the “Boom” key on the side of the phone.

You’ll see this with a little exclamation mark in a triangle, but really it’ll just be the button you press with your thumb when holding the phone with your right hand, and this is more than just a camera button.

When the phone is on standby, however, it instantly takes a photo. You might pull the phone out at a moment and decide you need a picture right then, and this button accommodates, firing the camera without question.

Interestingly, this button is app dependent so if you use it while in your image gallery, it switches the screen into displaying multiple images in a photo collage, with each subsequent press flicking through more photos. If you’re in music, it pushes the bass up, and if you’re in a Boom-key supported game, it adds a feature, like in “Asphalt” which activates nitro for faster racing.

A quick glance at the settings reveals the Boom key might even have a little customisation applied, which could be useful, too.

It’s a cool concept, that much we can say, even if it has a rather silly name, though we guess “boom” is a little more creative than merely calling it a “special” or “function” key.

The sound also isn’t bad, with Alcatel equipping four speakers, one at the top and bottom on each side. Think of this as an extension of last year’s Idol feature which was a reversible phone, allowing you to hold it any way — top or bottom — to take a phone call.

With speakers on either side, Alcatel has built a device that could play half decent audio — and it’s not bad, actually — without the help of a Bluetooth speaker.

Overall, it’s a surprising leap forward, with an evolutionary step that feels like Alcatel isn’t just building an updated smartphone, but a model that has the potential to seriously pose a threat to the big boys for less of a price.

And what is that less of a price, you ask?

Alcatel wouldn’t say too much and didn’t lock down a concrete price, but it did suggest a release later this year around the $400 mark locally.

Not bad, we’re thinking, especially if the operating system stays as clean as the stock version of Android 6.0 “Marshmallow” it us now. Not bad at all, Alcatel.

Consider us intrigued. We can’t wait to have a play.