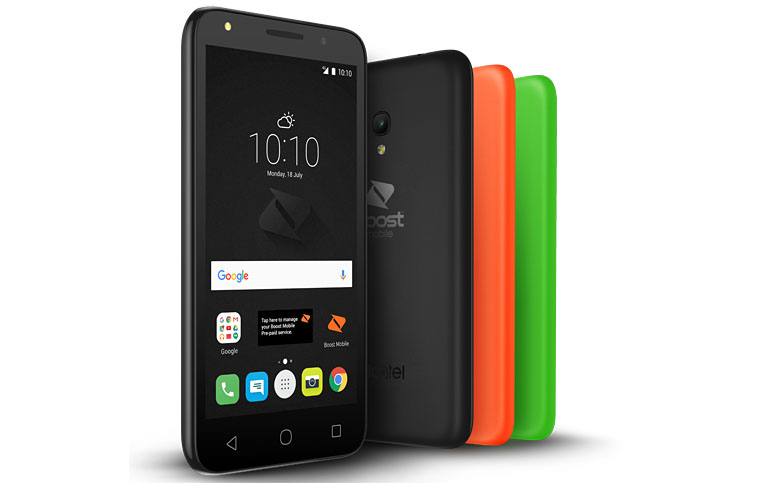 We spend much of our time here luxuriating in the best of the premium technology that 2016 can offer. But not everyone can afford to spend a thousand dollars (plus!) on a phone. How about a hundred dollars? That’s how much the Alcatel Boost DEX costs.

Actually, it’s $99. And, yes, it’s a real smart phone with real 4G. Alcatel is not a hugely well known brand name for phones, but it’s rather big in the budget category. The brand started as a joint venture between the then giant French outfit Alcatel Lucent and the enormous Chinese consumer electronics firm TCL. Now it’s all TCL.

So what kind of smart phone do you get for $99? Obviously the feature set isn’t as fulsome as that in one of those thousand dollar phones, but you nonetheless get Android 6.0 Marshmallow, a five inch display, a quad core processor, and 3G/4G data.

There are interchangeable colours – black, orange and green – and apparently the screen itself can be “colour customised to suit any mood or outfit”. Premium earphones are included, along with “DJ software enabling users to mix the hottest tracks”.

Less than premium aspects include the relatively low resolution of the display – 480 by 854 pixels – and cameras – five megapixels at the back, and two at the front. There’s only eight gigabytes of storage, but this can be bumped up by 32GB with an SD card (most likely microSD, it’s unclear from the release). It is perhaps a little chunky at 9.5mm thick.

Talk time is specified at eleven hours, and standby at up to 440 hours. The phone has a 2000mAh battery.

The Alcatel Boost DEX works only with the Boost Mobile pre-paid system and can be purchased from directly from Boost or from big retailers like Big W, K-Mart and Target. Boost uses the Telstra mobile network, so the coverage ought to be strong for 4G.

So, $69 for the hardware. That’s certainly interesting.