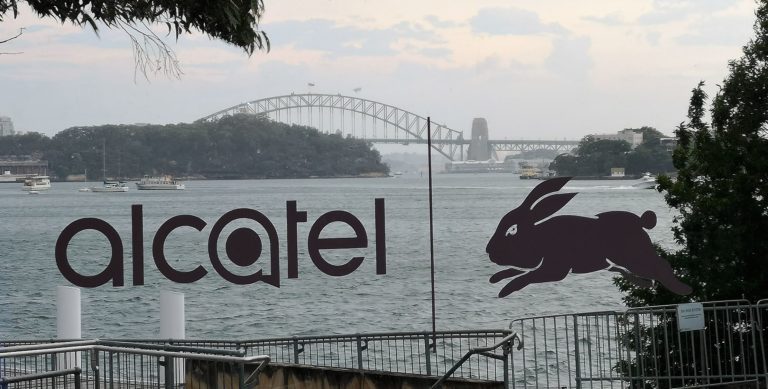 Alcatel has two reasons to crow. First, the long-term supporter of the Rabbitohs NRL re-signed as a major sponsor gaining the prime place on the front of the jersey in 2019. Oh, and it was number three by units shipped in the Q3, 2018 Australian market.

Alcatel stepped up to the plate to service major carriers like Telstra and Optus after the carriers decided to end the relationship with ZTE to provide while labelled phones.

The exit of ZTE was certainly an opportunity for all smartphone makers. But in the end, Alcatel (owned by TCL) was the only global company capable of supplying the right products in the right quantities with the right certifications.”

Alcatel is providing its 1 and 3 series to major Telcos for the pre-paid market with handsets starting at $39 for the 3G Alcatel U3 and its 1C/1X (Telstra Superior) for $89/$169. GadgetGuy was so impressed with the 1C we gave it 5-out-of-5 for what it is – a great, low-cost phone that meets or exceeds all specifications for that price bracket.

This year saw the introduction of a wide range of sub-$200devices that have resonated with Australian consumers. We had a massive 188%increase in unit sales that have effectively more than doubled our local revenue in 2018. Alcatel has held the number 3 position in the mobile phone market in Australia for the last three years. This is an exciting day for Alcatel and the broader TCL Group in Australia as we grow our partnership with the Rabbitohs into one that will see the team proudly wearing our brand across their chest for at least the next two seasons.

GadgetGuy’s take: You will hear more from Alcatel

Alcatel is a brand of TCL (The Creative Life) that also has Blackberry, Palm and TCL smartphones. TCL isa significant smartphone brand in China, Blackberry has  security handset market cornered, and Palm  (remember PalmPilot?) is a ‘companion’ device – a crossover between wearable and a fully-fledged smartphone. Lack of eSIM and common number support in Australia is holding up its introduction here.

TCL is also one of the world’s largest TV makers with the advantage of their screen manufacturing facilities.

Back to Australia – it sold nearly one million phones this year and had 20+ models in the market. Cheap and cheerful or great products in the right niches! We think a bit of both.