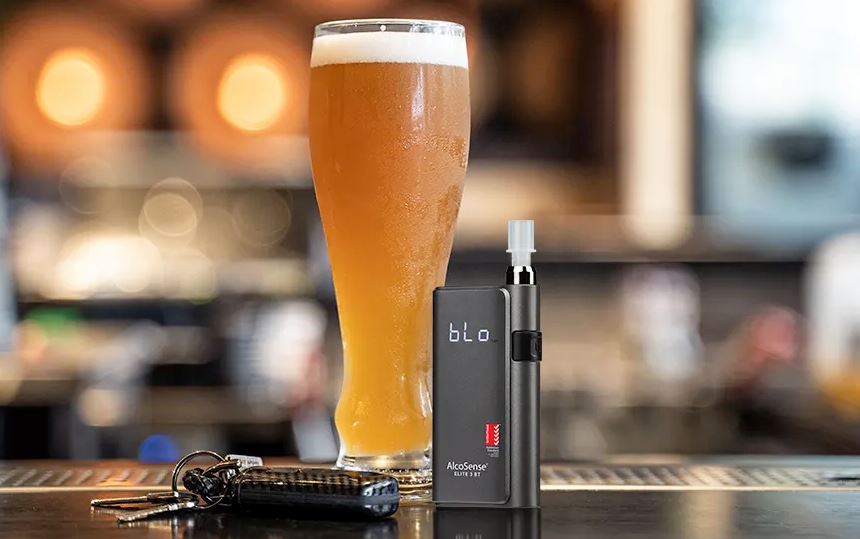 AlcoSense Elite 3 BT breathalyser – save your life and licence (review)

The AlcoSense Elite 3 BT breathalyser is the latest addition to Andatech’s range. It uses the latest fuel cell technology and, as a bonus, can link to a smartphone for added features. Spoiler alert: It is fast, easy to use and a perfect device to save your life and licence.

As a segue, I have been driving (and responsibly drinking) for about 50 years. Back in the good old days, there were no radar speed detectors, unmarked police cars, a .08 alcohol limit and no RBT (random breath testing). The catch-cry was, “If you drink and drive, you are a bloody idiot.” Today, while drink driving is still a major cause of road deaths, it has been relegated to a back seat over drug and drive where words fail to describe the sheer lunacy of that action.

The issue is that you can modify your behaviour, but you can’t do much about the most dangerous thing on the roads, “The nut that holds the wheel”. A portable breathalyser kept in the car will help modify your behaviour unless you are a drug head, then a personal saliva drug test kit is the answer – if you can remember to use it!

Smaller than a cigarette pack at 97.5 x 53.8 x 18mm x 83g. It has a disposable mouthpiece (that can last a long time long if you clean it) and a zippered carry case to protect it and carry spare mouthpieces. It uses two AAA batteries – life unknown. To use it, power on (takes a few seconds), and the indicator shows BLO. Breath steadily for about 4 seconds or until you get the tactile click to stop. The unit processes it and shows the BAC to three digits.

Download iSober (Google Play – take care to use the Sentech app – there are others with similar names) or Apple App Store (ditto). You have to create an account, and it asks for camera/storage/location permission which is necessary. It takes a photo of the person’s face as they blow to ensure verification of results. You can SMS or email the time and location stamped photo results as well. It could be the difference between a DUI charge or not.

It also checks the sensor to see if it needs calibration. To maintain Australian Standards, AS3547 Certified, it needs to recalibration after six months or 500 uses – whichever is first. If you don’t do it, then the warranty covers defects but not accuracy. You can subscribe to a comprehensive calibration management plan* or pay $45 per calibration plus post both ways to Vermont Victoria.

I don’t see Joe and Jane Average doing this ever! So be aware this applies to all breathalysers if you want to be 100% certain!

The first issue – the reassuring term ‘standard drink’ is misleading

Standard mid-strength tap beet is about 2.7%, and one 285ml ‘pot’ is close to a ‘standard drink’. Medium strength Beer (Coopers Pale Ale) is 4.5% ABV, andtwo standard drinks per pot. Beers vary up to delicious craft beers at 6-10%, where one pot can be four standard drinks.

The last thing you focus on is counting ‘standard drinks’ when you are out on the town. I took my standard smallish looking K-mart’ single wine glass’ and filled it as usual. Hmmm – that was 200ml of the demon drink. Ditto for the K-mart short (300ml) and long (400ml) glasses – I was pouring a 60ml nip, and the wife loved it.

A rough guide is one/two ‘standard drinks’ for women/men in the first hour will get you to .05 BAC (blood alcohol concentration), and one per hour after that will keep you there. And it takes at least one hour to remove a standard drink.

Everyone is different, but it is a fallacy that it relates mainly to body weight. In fact, it refers to blood volume (and we are all similar). Alcohol is absorbed directly into the bloodstream via the mouth (up to 5%), stomach lining (15-20%) and small intestine (80%). It is not ‘digested’ like food – merely directly and quickly sucked into the blood. Blood circulates every 90 seconds, and the effects of Alcohol are fairly instant.

It is another fallacy that eating certain types of food will reduce alcohol absorption. Wrong. If you fill your stomach with, say, high carb potato (greasy chips), it simply means the small intestine will have to process it a little later. You will get just as drunk, but the effects may take longer. Vomiting does not do anything as the Alcohol has usually passed to the small intestine. Nor does coffee, milk, thickshakes, or energy drinks, cold showers, or greasy food reduce BAC – it just makes you feel a little better. Alcohol is a toxin, and the poor liver gets rid of most of it via urine. Liver cells produce the enzyme alcohol dehydrogenase. This breaks it into ketones at about 0.015 g/100mL/hour (reduces BAC by 0.015 per hour). Of course, age, metabolism, fat/muscle and medications can influence this.

Q: How do you review a breathalyser? A: Take one (or eight) standard drinks for the team.

The test was relatively simple and painless – less so as the test went on. The tests were with a 95kg, sexagenarian male (me) and a mature female (age and weight withheld on the threat of death). Neither has any liver or major health issues.

A quick summary if you don’t want to absorb the figures below. Eight standard drinks in 5.5 hours will taker an average person well over the legal limit. But in reality its four normal sized drinks!

Everything in strict moderation or buy an AlcoSense Elite 3 BT breathalyser. There have been times in all drinkers lives that they were over the limit and lucky to avoid RBT, loss of licence and loss of face. P-Platers especially need these as they have a 0.000 limit.

The AlcoSense (all models) gives you an informed decision. This costs $369, and the BT function allows you to provide indisputable photo/time/location evidence that you were safe to drive. In any case, the police will either accept that or take a blood test for 100% accuracy. AlcoSense breathalysers range in price from $149 (two digits accuracy, and it is pretty good) to $549 for the best FxCell 3 fuel cell. For me, the AlcoSense Elite 3 BT with FxCell 2 is ideal.

We previously reviewed two Andatech AlcoSense breathalysers way back in 2018, and they are still life/license savers. On today’s scale, they would be 9.2/10. The app is handy and adds enormous ‘verification’ value, but the result is the same. Test before you even think about driving. Uber and Cabs are a lot cheaper than fines and loss of life/licence. The value rating reflects the cost of regular calibration – should you want to do that.

AlcoSense Elite 3 BT breathalyser
Save your license and possibly your life
Features
10
Value for money
9
Performance
10
Ease of use
10
Design
10
Positives
Eminently portable and discrete – fits in a pants pocket
Socially and morally responsible
Accurate (due to line-of-custody, it may even stand up in court, your honour!)
Far cheaper than a fine!
Comes with a zippered pouch and spare disposable mouthpieces
Negatives
Recalibrate every 500 tests or six months if you want it to maintain Australian Standards accuracy
Buy extra disposable mouthpieces as everyone will want to try it
9.8