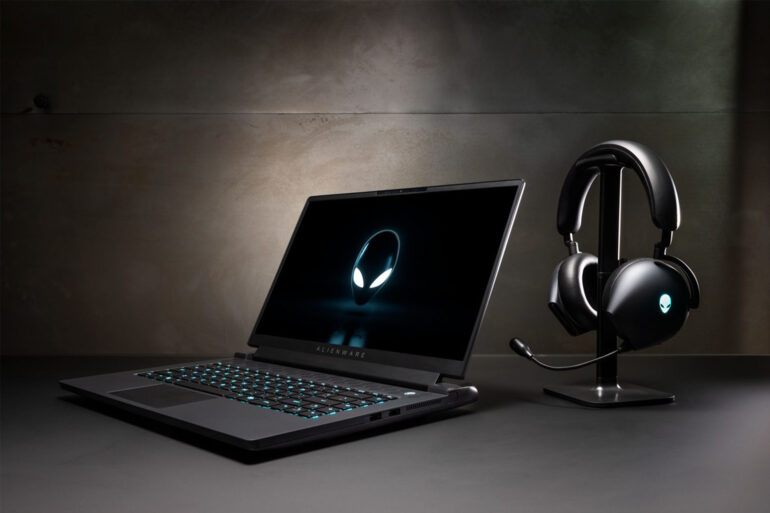 Dell and its Alienware brand have expanded their gaming laptop range with several new additions, including the option of a buttery smooth 480Hz display.

Alienware refers to the new panel as being the first of its kind, which will be an available option for the m17 R5 and x17 R2 laptops. It comes as an FHD 1920 x 1080 3ms display, compatible with both AMD FreeSync and Nvidia G-Sync technologies to ensure smooth motion. A higher refresh rate can be helpful for competitive gaming, displaying more frames per second and greater precision in reaction-based games like Valorant and Call of Duty. We don’t know when you can glue your eyes to the 480Hz panel in Australia yet, so keep an eye out for more details soon. For those who prefer visual fidelity over having the fastest refresh rate, the UHD 3840 x 2160 120Hz display is another option.

Another update to the Alienware product line means its AMD-based m17 R5 laptop can pack in even more power. You can now kit the portable PC out with the new Radeon RX 6850M XT 12GB GDDR6, adding more visual grunt to the machine. This is in addition to the Ryzen 6000 series CPU the laptop uses. If you want the top-of-the-line Alienware m17 R5 – including the best CPU and GPU – expect to pay somewhere close to $5,799.

On the cheaper side, Dell announced the G16, the company’s latest gaming laptop aimed at gamers who don’t need the sheer power of an Alienware unit. What’s unique about the G16 is that it has a 16-inch panel on a 15-inch chassis. The 16:10 ratio screen is an 11% boost over the G15’s 16:9 display while retaining a reasonable level of portability. Running on a 12th Gen Intel Core i7-12700H 14-core CPU, the G16 can house up to an RTX 3070 Ti Nvidia GPU. The exact local pricing is unknown, but we’ll find out soon as the G16 rolls out locally in the coming days. For comparison, the overseas Dell store lists the G16 for US$1,400.

No matter which way you spin it, 480Hz is an obscenely high refresh rate for any display, let alone a laptop screen. It’s impressive technology, for sure, but one has to wonder if there’s a point of diminishing return regarding technology improvements and tangible performance gains. Perhaps esports competitors would be the best ones to pass judgement. In the meantime, the new Radeon GPU for the Alienware m17 R5 and adding the Dell G16 means even more options for gaming on the go.