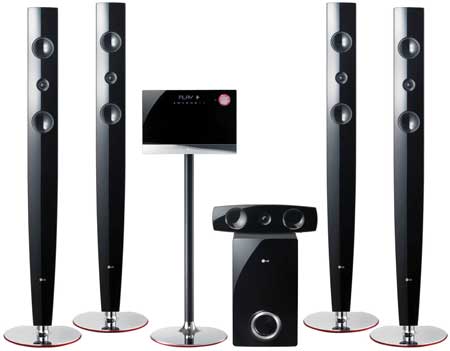 Announced as a natural pairing with its ‘Scarlet’ LCD television range, LG’s HT953TV is a home theatre system built to complement the looks of its ultra-thin TV namesake.

The design motif taps into the self-same line of thought Samsung claim to have nailed, presenting expensive consumer electronics purchases as works of art, or fashion statements, in their own right. Whether it’s truly the perfect companion to the TV remains to be seen, however, as the home theatre system has no compatibility with any high definition audio formats.