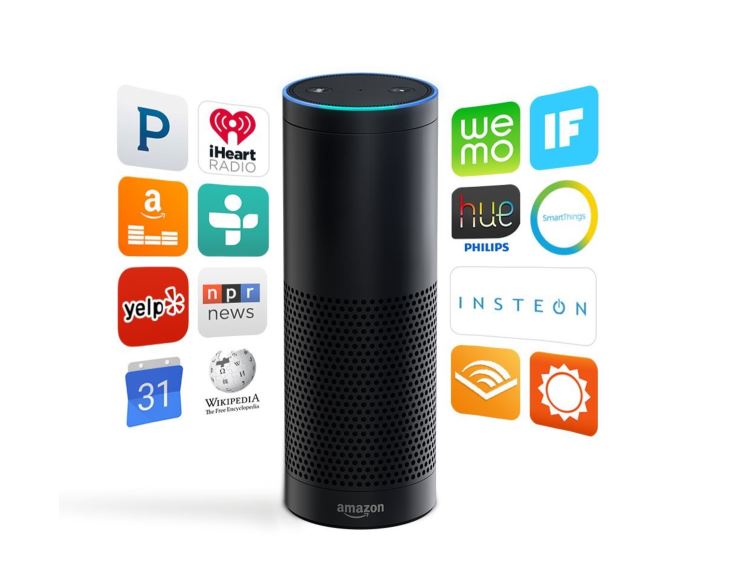 Amazon has a new Alexa second-generation speaker range including updated speakers, a sub-woofer, a 10″ touchscreen speaker and a host of other third party-devices.

Amazon Alexa voice control is popular in the U.S. It has some stiff competitors here and in Asia so the battle for voice supremacy begins.

Pre-order is available from the Amazon website or JB Hi-Fi, Officeworks, and more. All devices start shipping on 11 October and include free delivery.

GadgetGuy recently wrote a How to use Alexa Guide and compared the first generation speakers.

Our comments on the first-generation sound included

Echo Dot: It would be unkind to expect a .6” speaker to do anything but voice and its fine for that. It has no bass, limited mid-range and no treble. The best description for a music signature is ‘painful’ with fairly high levels of distortion at a maximum volume of 75dB. Note that the new Dot has a 1.6” speaker.

Echo: If it had a little more lower bass, it would be a ‘warm and sweet’ signature for easy listening. Depending on content it verges more on a mid-signature for clear voice. It is not an unpleasant sound, but it is a very long way from audiophile quality.

Echo Plus: It has a warm and sweet sound signature for easy listening. Maximum volume is 80dB with considerable distortion, but at 70dB (still loud) that disappeared. It provides the best listening experience of the three Echo speakers, but I would not buy it if the music is the object. Note that the new Plus has a 3” woofer and a .8” tweeter.

Echo Spot: or what it is (1.4” speaker) the sound was not too bad. There were hints of bass, good clear mids and even more treble than the Dot or Echo. I suspect it reflects a later design credo.

The Echo Show is interesting and is following the trend of adding a visual component to Alexa. Specifications include a 10.1”, 1280 x 720 touchscreen. Sound comes from 2 x 10W, 2” side-firing drivers with Dolby audio. It has a 5MP camera and a Zigbee hub. An optional stand to adjust the viewing and camera angles costs $49.95

At the Amazon Hardware event:

Add to that that the U.S. Marriot hotel rooms will have an Echo device. U.S. shops can access Alexa Shop Assistant and smart displays to cut down the need for floor staff.

Google will fire back so, and things are likely to get dirty. Already there is an irrational privacy FUD (fear, uncertainty and deception) campaign against Google. Pot calling the kettle black. All voice assistants require you to absolutely surrender all anonymity to use them.