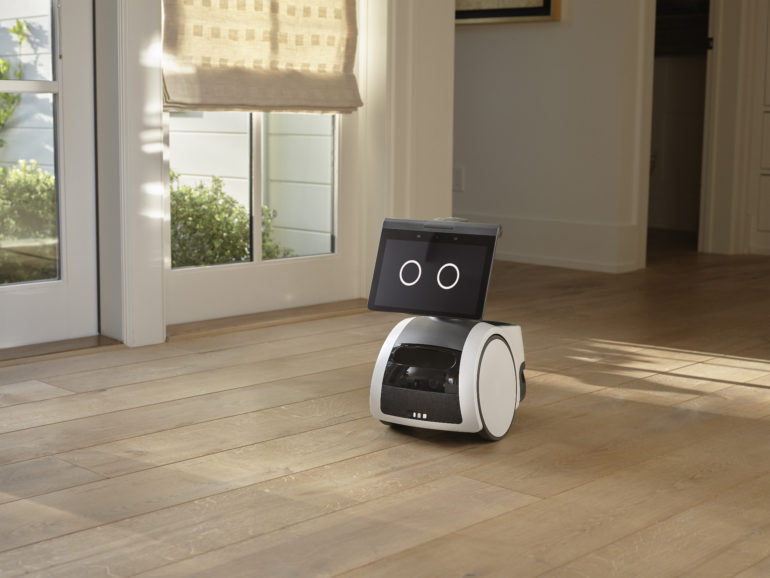 The Amazon Fall Hardware Event unveiled a swag of new gear from tiny household robots to giant smart screens, so what’s coming to Australia and what’s not?

The big-ticket item in Australia is the hefty $399 Amazon Echo Show 15 smart screen. It sits on a stand or hangs on the wall like a 15-inch picture frame, in portrait or landscape mode.

Like the rest of the Amazon Echo range, the Echo Show 15 brings Alexa to life, but it features a revamped home screen and new widgets to take advantage of the extra screen real estate.

There’s a built-in camera for video calls, plus it supports facial and voice recognition. In return, you get a personalised view of your sticky notes, to-do list and upcoming events.

The Echo Buds feature Alexa built-in, plus they can talk to Google Assistant and Siri on Android and iOS devices. With four ear tip sizes and two wingtip sizes, they are IPX4 rated for withstanding sweat.

So what did Australia miss out on in the Amazon Fall Hardware Event?

Most of it, to be honest. The show’s star is Astro, a dog-sized robot taking advantage of artificial intelligence, computer vision, sensor technology, voice recognition and edge computing.

Astro has a wide range of uses, from home security to companionship, says Kate Burleigh – ANZ Country Manager of Alexa and Amazon Devices.

“We believe in the next five to 10 years that every home will have at least one robot,” Burleigh says. She could not provide details of an Australian or New Zealand launch “at this time”, implying Astro may arrive locally down the track.

In the US, the Amazon Fall Hardware Event introduced a wide range of new devices. They mostly undercut the price of rival products from the likes of Google. Smart Thermostat is Amazon’s first voice-controlled home thermostat. Amazon also unveiled the entry-level Blink smart doorbell and Halo View fitness band.

Finally, the Amazon Glow is an 8-inch tablet that projects a larger touch-sensitive second screen onto a flat surface like a tabletop. The idea is for family members to play games together from afar. Amazon is working on games in partnership with Disney, Mattel and Nickelodeon.