Amazon smart speakers put Alexa at your beck and call 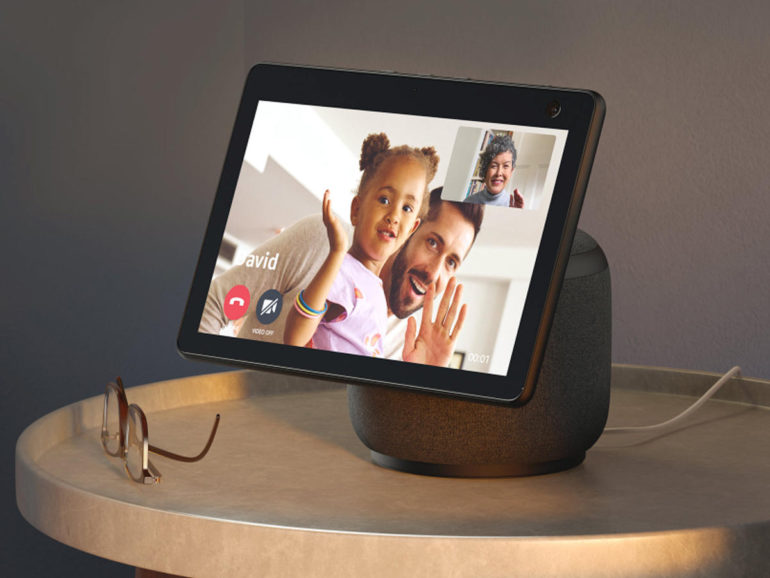 Your wish is Alexa’s command, so what are your options if you want to add Amazon smart speakers or screens to your home?

The difference is that Amazon has always treated Australia as an afterthought when it comes to new products and services. It’s also lagged behind Google when it comes to localisation and interacting with more Australian services.

As a result, Alexa has paid the price in terms of popularity with Australians. Google Assistant lives on the lion’s share of smart speakers in our homes, according to the Smart Audio report Australia 2021. That said, Alexa has been working hard to catch up and has a lot to offer Australian households.

Alexa, what are my smart speaker options?

Of the three smart home giants – Apple, Amazon and Google – it’s Amazon, which offers the widest choice of smart speakers and screens.

The tiny $59 Amazon Echo Dot (3rd gen) is the cheapest and easiest way for Australians to get their hands on Amazon smart speakers. It’s useful for talking to Alexa and fine for listening to audio such as podcasts and talk-back radio. There’s also a $79 Amazon Echo Dot (4th gen), which embraces a spherical design and slightly improves the sound quality.

While they might make-do in the bathroom, bedroom or on the kitchen bench, the pint-sized Echo Dots struggle to do your favourite music justice. Like most Amazon smart speakers, they feature a 3.5mm audio output for connecting to a better speaker. There’s also Bluetooth connectivity for streaming from a mobile device.

The next step up is the spherical $149 Amazon Echo (4th Gen) smart speaker. It’s also a Zigbee hub, plus it has support for Bluetooth Low Energy, helping make it a smart home hub.

When it comes to sound quality, the Amazon Echo boosts the bass. This offers a decent step up in music quality. It’s not bad for everyday listening, but it won’t impress audiophiles. It’s also still not powerful enough to really rock a large room.

This is where the breadth of the Amazon smart speakers range is its strength. Google has abandoned the high-end Google Home Max, and Apple has shelved the original full-sized HomePod. Meanwhile, Amazon still offers the beefy $329 Amazon Echo Studio designed to rock the house.

The Echo Studio is a great addition to the range, although, admittedly, it can’t quite match the sound quality of Google and Apple’s retired high-end smart speakers.

To be fair, the online retail giant has also decided to retire a few Amazon smart speakers over the years. For example, we’ve said goodbye to the hefty Amazon Echo Sub, designed to beef up any Amazon sound system.

At the other end of the scale, we’ve also farewelled the tiny Amazon Echo Input. It was basically a smart speaker minus the speaker, designed to give your existing speakers or stereo system a smart makeover.

The concept lives on in the $79 Amazon Echo Auto, designed to give your car a smart overhaul. It’s out of stock on Amazon Australia, but you’ll find it from other Australian retailers.

Alexa, what are my smart screen options?

Once again, Amazon offers a lot more variety in smart screens than its rivals. These Alexa-powered screens offer the same features as the Amazon smart speakers, with the added ability to both show and tell. They’re also digital photo frames when idle, scrolling through your happy snaps.

The tiny circular Amazon Echo Spot was designed as a bedside alarm clock. It’s been discontinued, but you’ll still find them on places like eBay.

The $119 Amazon Echo Show 5 (2nd gen) also works well as a smart alarm clock. Its 5.5-inch screen is a good fit for the bedside table or bathroom sink, or you could tuck it away on a kitchen bench or home office desk. It’s fine as a clock radio, but the sound quality isn’t going to impress audiophiles or rock a large space.

The Echo Show 5 features a front camera, letting you make video calls to other Amazon devices. The new 2nd Gen model adds the ability to view a live video feed from afar. You can disable this if you’re concerned about privacy. There’s also a physical slider that covers the camera lens.

If your budget stretches, the extra screen real estate of the 8-inch, $199 Amazon Echo Show 8 (2nd gen) might be appreciated in the kitchen. Or in another living area where you need to see the screen from afar.

Stepping up to the $399 Amazon Echo Show 10 (3rd gen) offers a whole new experience, with a swivel screen that turns to follow you around the room. It sounds creepy, but it grows on you, and it’s handy to be able to see the screen from anywhere in the room.

Alexa, what are my third-party options?

Like Google, Amazon allows third-party hardware makers to integrate its smart assistant into their devices. As a result, you’ve got even more choices when it comes to Amazon smart speakers.

Keep in mind, when you’re using Alexa on third-party smart speakers, the functionality and interoperability can lag behind Amazon’s own smart devices. You’re at the mercy of software updates, meaning Alexa’s advanced capabilities on non-Amazon hardware can be a bit hit and miss.