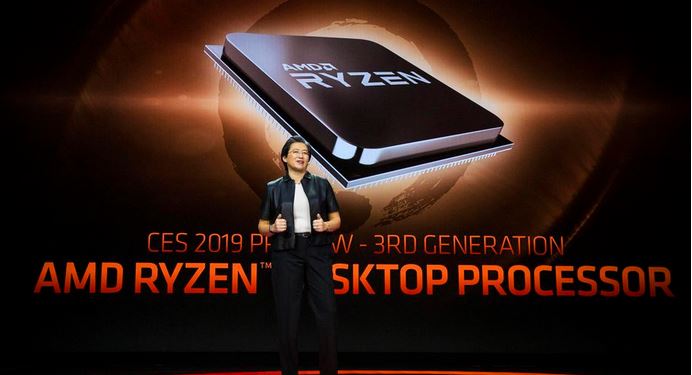 Lisa Su, President and Chief Executive Officer of AMD (Advanced Micro Devices) delivered her 2019 CES keynote. It was not all about AMD’s new GPU and CPU but about pushing the boundaries to enable creators, researchers and inventors to solve the world’s toughest and most interesting challenges.

From bringing a storyteller’s vision to life through digital characters, to helping communities come together through a shared love of gaming, to solving some of our toughest challenges in the realms of education, healthcare, climate change and energy solutions, AMD sees incredible opportunities to apply more powerful computing technologies to solve some of society’s toughest problems.

“This is an incredible time to be in technology as the industry pushes the envelope on high-performance computing to solve the biggest challenges we face together. We made big bets several years ago to accelerate the pace of innovation for high-performance computing. 2019 will be an point for the industry as we bring these new products to market. From our 7nm Radeon graphics chips to our next-generation 7nm AMD Ryzen and AMD EYPC processors, it’s going to be an exciting year for AMD and the industry.”

The 3rd Gen Ryzen desktop processor will be available in mid-2019.

The AMD EPYC datacenter processor had a tremendous first year with more than 50 EPYC-based platforms shipping from leading server providers.

GadgetGuy’s take: Intel has had too little competition for too long.

While AMD announces 7nm CPU and GPU Intel is still on 14nm with 10nm coming ‘soon’. But then its time to play core-wars (i9 versus Threadripper) and more.

What is clear is that Dr Lisa Su has turned AMD’s fortunes around and it seems there is no stopping the company.

AMD Radeon dominates the entry-mid-range gaming PC space and NVIDIA the upper-end.  Intel still has no standalone GPU although it is rumoured to be working on one for 2020. By the way, NVIDIA high-end GPU sales tanked after the great Bitcoin mining crash of 2018!

GadgetGuy has been impressed with the AMD offerings it has seen and looks forward to the new power plants coming soon. Meanwhile, according to DigiTimes, AMD has reached a 30% share of x86 desktop processors, 5% of mobile and 5% of servers at the end of Q4, 2018. Its new announcement will give it even more market share in 2019.