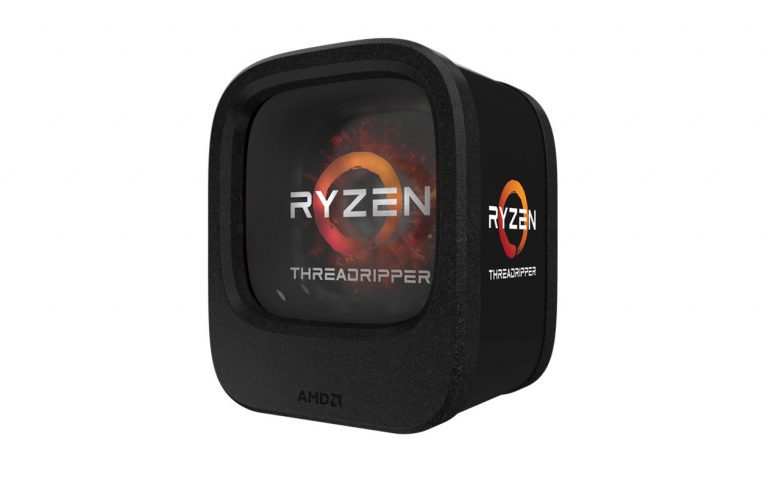 As all our readers know, you don’t actually need Intel Inside for your Windows computer to work. One of the popular alternatives are AMD processors. Its Ryzen line, released this year, is the first implementation of its new Zen architecture. And now it’s launching its two highest end processors, tagged Ryzen Threadripper.

You get high performance from CPUs by including multiple cores, running them fast, equipping them with high capacity in/out, and managing traffic with caches. So the AMD Ryzen Threadripper CPUs do all of that.

The top of the line AMD Ryzen Threadripper 1950X has 16 cores, running 32 threads. It runs at 3.4GHz and a boost to 4.0GHz is available. It sports 64 PCIe lanes for in/out, has half a megabyte of level 2 cache for each core, and a further 32MB level 2 cache for the whole processor, and supports quad-channel DDR4-2666 memory.

This, like the others, is a processor not for the faint of heart. It uses up to 180 watts of power – four times that of a current high performance Intel Core i7, and costs $1440.

The $1150 AMD Ryzen Threadripper 1920X increases the base clock speed slightly to 3.5GHz, and is otherwise similarly specified except that the core count is cut back to a round dozen, and the threads to 24.

Both are available now.

In addition, due for release at the end of the month, is the much more affordable AMD Ryzen Threadripper 1900, which will sell for $549. This has “only” eight cores and sixteen threads and “only” 16MB of level 3 cache, but a little extra performance is picked up with a running speed of 3.8GHz.