AMD Navi versus Nvidia Turing Super: Which is a better GPU purchase? 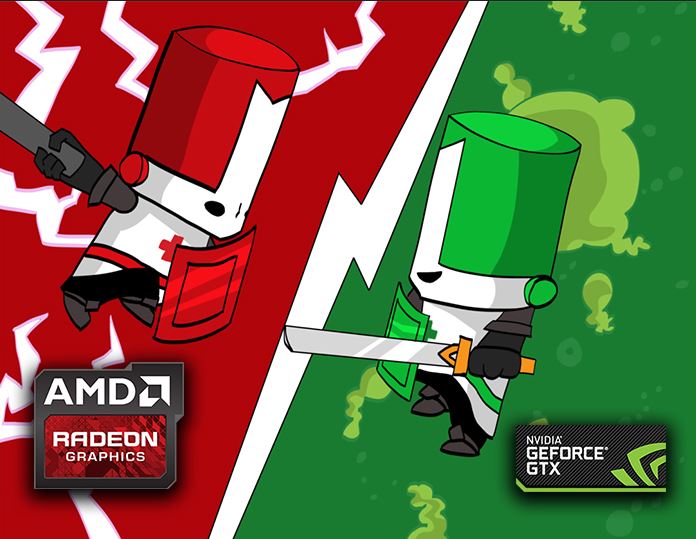 2019 has been one of the most eventful in years in the PC gaming space. In one corner is AMD with its new Ryzen 3000-series CPUs and Navi architecture GPUs. In the other, the NVIDIA RX 5700/XT Super. Both are super GPUs in their way.

GadgetGuy does not have a huge gaming presence, so we found it hard to answer a reader’s question – AMD Navi versus Nvidia Turing Super?

We sought honorary Gadgeteer Arjun Krishna Lal’s advice. Arjun has had a passion for PC gaming since 1996 when, as a one-year-old, he saw his dad score frags in Quake. He’s gone on to become a Penguin-published author and tech journalist. When he’s not travelling the world, gathering stories for his next book, you’ll find him tinkering with his PC. Arjun’s last article on the top five Australian mobile games developers shows our audience wants to know more about gaming. Arjun writes:

AMD’s two-pronged 7nm attack, with simultaneous launches of Ryzen 3000 series CPU and Navi GPUs have shaken things up considerably in both the consumer CPU and GPU markets.

The Ryzen 3000-series comprises both CPUs and onboard Vega graphics CPUs so, please take this as an overview. These include different core counts, speeds, TDP and cooling and are ideal for gamers.

Confused? This is just the start of the Ryzen 3000-series.

Ryzen 3000-series has taken the fight to Intel, with SKUs like the Ryzen 7 3700X matching Intel in single-threaded performance while blowing past it in multi-threaded operations. This is the first time in well over a decade that AMD can match Intel on Instructions Per Cycle. AMD’s pricing strategy is better with Ryzen offering better performance than ‘Team Blue’ in every price segment.

AMD’s Navi has been a long time coming

Navi (website here) was first seen on AMD’s 2015 roadmap; around the time the R9 Fury X was launched.

AMD’s GCN GPU architecture first seen in the 2011 Radeon HD 7970 was getting long in the tooth. New products using the original GCN architecture, such as the Fury line and R9 390X—made it to market years after the HD 7970 went out of commission.

Polaris was seen as a fresh start. It did improve on some of GCN’s shortcomings, such as poor tessellation performance—but it was still essentially just GCN shrunk down to 14nm.

Vega’s NCU (New Compute Unit) design – also ‘new’ was a further rehashing of GCN. It was forward-facing architecture in 2011 but has some fundamental limitations—notably in terms of ROP throughput because of a maximum limit of 64 ROPs.

The RDNA architecture in AMD’s Navi cards, while still derivative of GCN, is fundamentally different from earlier micro arcs. It is much more balanced, and inadequate ROP throughput is no longer a constraint due it its large number of units.

The move to the 7nm process means AMD can crank up core clocks substantially. Overclocked 5700 series can exceed 2 GHz—and the use of new GDDR6 memory means that high amounts of memory bandwidth can be delivered over a narrow 256-bit bus. What this means is that AMD has been able to create two cards – the RX 5700/ that are comparable in performance to Nvidia’s RTX 2060/270, albeit without support for hardware ray tracing.

Just a little while after AMD’s official Navi reveal Nvidia teased new ‘Super’ hardware refreshes of the RTX line— a week before Navi arrived. The ‘Super’ successors to RTX 2060 and RTX 2070 essentially moved these two up by one performance tier each. The 2060 Super performs nearly on par with a vanilla 2070, while the 2070 Super is neck-and-neck with the vanilla 2080.

Before the Super announcement, the value proposition was firmly in AMD’s favour—Navi was expected to cost slightly less than their RTX counterparts while delivering better-rasterised performance.

RX 5700XT and RX 5700 at their original price points would perform worse and cost more than the RTX 2060 and 2070 Super while also lacking support for hardware ray tracing. Realising the untenable position, this put it in, AMD bit the bullet and announced last-minute price cuts to the RX 5700XT and RX 5700. They’re now priced at this much A$629 and this much A$549. That made this question worth asking again: Which one’s the better buy? Navi or RTX Super? Let’s find out.

The RX 5700 was originally announced as going head to head with the vanilla RTX 2060, before the 2060 Super reveal.

This was with good reason: Navi delivers comprehensively better-rasterised performance while matching it on price. Due to GCN’s design limitations, AMD’s higher-end has historically been at a disadvantage at lower resolutions like 1080p, while scaling much better to 1440p and 4K than their Nvidia counterparts.

Compared to the vanilla 2060, the only drawback is the lack of support for hardware-accelerated ray-tracing.

But is this really an issue? The 2060 is the weakest RTX card in the entire Turing lineup, and it really isn’t fast enough to offer a good ray-tracing experience.

In titles like Battlefield V, you’re looking at a circa 60-fps average with Ultra raytracing enabled, at just 1080p. It doesn’t make much sense to buy an upper midrange card for raytracing and then have it performed worse than budget cards when RTX is turned on. Raw performance in rasterisation is what counts here, and RX 5700 has the 2060 beat on this count. At A$549, it’s a clear choice.

We’re discounting RTX 2060 Super entirely here. The Navi line-up simply makes that card redundant. On average, it beats out the regular RX 5700 by just 1-2 FPS, hardly noticeable. And while it does raytracing better than the vanilla 2060, we’re still talking about sub-60 FPS framerates at 1080p, hardly what you’d expect from a card with rasterisation performance that closes in on the 1080 Ti.

The RX 5700XT beats the 2060 Super by an even larger margin than the 5700 beats the 2060, and even though you’re missing out on raytracing, the price-performance advantage can’t be denied.

This is a card that has an undeniable performance advantage relative to Navi and also enough ray-tracing chops to offer a good RTX experience, even in intensive titles like Metro: Exodus. The 2070 Super is a slightly cut-down version of the RTX 2080, and it performs well within that card’s general performance envelope—a mildly-overclocked 2070 Super can beat a reference 2080.

Compared to the RX 5700XT, this means that for A$230 more, you’re getting an additional 10-15 higher framerates and support for hardware-accelerated raytracing. 10-15% might not seem like a lot, but it’s the difference between a locked 60 FPS and an uneven framerate in the 50s.

If you’re running at 4K, it’s the difference between a tolerable 40-45 FPS and game-breaking lag. If you’re running a high-res or high refresh-rate monitor, the 2070 Super will serve you better than the 5700XT, but it is A$230 more expensive.

Another factor here is Radeon Rays

Gadgeteers take – Competition is always good for consumers, and this week, both Nvidia Navi and AMD have released compelling products in the consumer GPU market.

If you’re looking for the best rasterisation performance on a budget, we suggest buying the RX 5700. On the other hand, if you want solid 4K performance and a decent taste of raytracing, the RTX 2070 Super is the way to go.

Either way, you’ll want to pair your card with a great monitor to make the best out of it. Check out our review of the 32-inch LG 32UL950-W here. If you’re looking for something more exotic, the 5K ultrawide 34WK95U-W might be just what the doctor ordered. Read our review here.