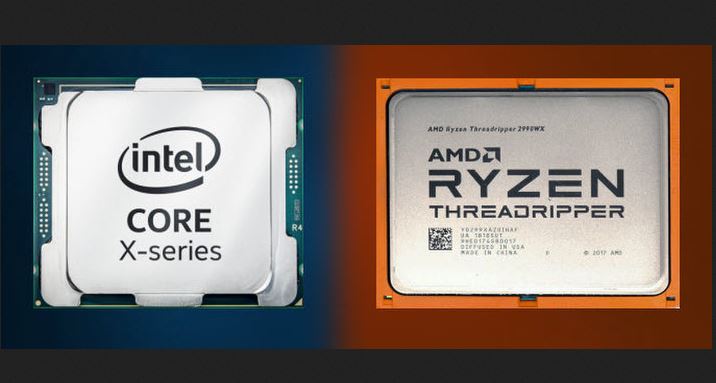 As a result, AMD Threadripper and Intel Cascade Lake collide both aiming to suck the oxygen out of tech media.

Coincidence? No, its Chip Wars (read our take here). We have two prosumer CPUs in the spotlight at the same time. What does Threadripper offer? What does Cascade Lake X offer? Gamer, Author and published write Arjun Lal analyses what happens when AMD Threadripper and Intel Cascade Lake Collide

What did AMD announce?

Unlike the Ryzen 9 for gamers, these Threadrippers are for streamers, video producers, and those that need lots of cores.

AMD’s announcement was a poorly kept secret. There was a tsunami of leaks from specifications down to dates for the launch itself.

What did Intel announce?

Intel’s i9-10980XE (Extreme Edition) also has numerous leaks, as far back as September.

With a tray price of US$979, it is positioning this between AMD’s premium Threadrippers and the Ryzen 9 3950X. Unlike the cheaper Ryzen 9, you will need a premium X299 motherboard to run the 10980XE – approaching the TCO of AMD’s Threadripper territory.

We can’t recommend any for typical readers. These are specialist – mine’s bigger than yours – announcements.

If you’re in the market for the best gaming CPU, the A$802, 8-core, i9-9900K offers stellar single-threaded performance and enough physical cores to tackle any game.

Both deliver enough oomph to power past 60 FPS at any resolution (with a capable GPU).

If you’re in the market for a serious video editing or encoding processor, the Threadripper Gen 1 1950X is A$918. You lose a bit of single-threaded performance, but you get 16 physical cores for a lot less than the Ryzen 9-3950X.