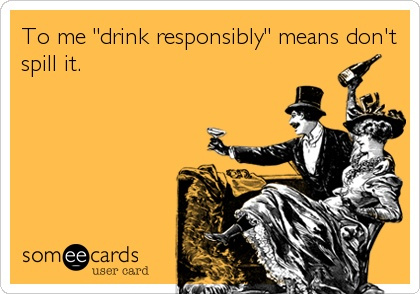 The Andatech AlcoSense personal breathalysers range in price from $269 to $449. Considering fines and loss of licence for Driving Under the Influence (DUI), they provide cheap protection.

Of course, that is on the assumption that prevention is better than the cure. Determined drunks will drive anyway, and they are frequently called ‘Bloody idiots’.

No, these pocket-size portable units are for responsible drivers who would not DUI. They are for drivers who may enjoy a drink or three after work or over dinner. They won’t drive until the AlcoSense breathalysers say its safe to do so. Or leave the car and have a Plan B.

GadgetGuy responsibly covered a message from Andatech titled “Don’t blow it this Valentine’s Day – or ever”. We got talking about alcohol and drug testing in general. They kindly sent us both the entry-level Andatech AlcoSense Verity and the top-of-the-range Zenith+ to test. We hope to extend this relationship to review drug testing later.

Review paradigm – an excuse to drink!

It is a hard life testing and reviewing technology. The test was simple. I am a 90kg, sexagenarian (that is a person between 60-69 – not necessarily what the name infers). I would consume a 750ml bottle of 2015 McLaren Vale Cabernet Sauvignon (over two hours) with 15% alcohol/volume (equivalent to 8.9 standard drinks per bottle).

My wife is a tall quinquagenarian (weight withheld). She would sip three drinks of a 2017 Marlborough Sauvignon Blanc (in a similar time) with 11.5% alcohol/volume (6.8 standard drinks per bottle).

To put that into millilitre terms one standard drink is 84 ml of the Cab Sav and 110ml of the Sav Blanc.

The rule of thumb for men is two standard drinks in the first hour and one per hour after will keep you at the legal limit. Women – slightly less.

So judging alcohol intake by a ‘standard’ glass is fraught with danger.

The assumption is that an average weight/build person will purge the alcohol of one standard drink every hour.

There is a difference between men and women – anecdotally women record higher BAC on the same consumption. But here is the kicker – the same alcohol consumption one day can have a different BAC the next.

Had I stopped at three drinks I could have safely driven soon after, but in the interests of science, I had 498ml of luscious McLaren Vale to go.

I soldiered on over the next two hours registering .17 BAC and beginning to feel the effects even though I was ‘sure I could drive safely.’ In fact, in trying to type the results up immediately after the error rate was so bad that I went to bed. I was alcohol-impaired even though I felt myself denying it.

My wife measured .025 after the first drink, .052 after the second and .075 after the third. She would have to wait a full hour or more to drive again.

One thing we learned is that if I drive to a restaurant for dinner, it is relatively safe to share a bottle of white – not so much a red unless we linger longer.

Until now I had not given much thought to how a breathalyser works. In fact, there are several technologies (in order of effectiveness and cost – low to high)

The Verity and Zenith+ both use a platinum fuel cell (the thing that reacts to alcohol). The latter uses a larger industrial grade fuel cell. Both have a BAC range from .005 to .200% and an accuracy of within .005% at .05% BAC. That is good.

The Verity has a three-digit LED readout and the Zenith+ a four-digit plus symbol readout. The latter seemed faster and more accurate whereas the former always read a little higher (more due to a rounding error).

Both use the same plastic disposable mouthpiece, but in a pinch, you can use the extendable socket.

Andatech recommends recalibration after 500 blows or so in line with the Australian standard.

GadgetGuy’s and Girl’s take – everything in moderation

I had to take one for the team – and accordingly suffered the next morning. It was sobering to realise two things. First, just how little lovely red I could drink (282ml) before exceeding the legal .05 limit. Second, how deceptive wine glass capacities are.

Had I filled the glass half way (as I usually do and thought that was pretty much a standard glass) I would have been well over the limit after a mouthful or so of the second glass.

Sure, if you drink at a hotel, they will have an etched serving mark (red/white wine is typically 100ml) which is not about one standard drink, but one standard serve. That is where you go wrong.

As for the AlcoSense breathalysers. Bottom line – both do what they promise, but the more expensive Zenith+ is easier and faster to use and perhaps a fraction more accurate.

Verity is $269. The Pink model has a $100 donation to the National Breast Cancer Foundation

Both rated as a portable breathalyser capable of alerting you to being over the legal BAC limit.

Very low cost and effective way to avoid DUI
Overall
9.2
Features
10
Value for money
10
Performance
8
Ease of Use
8
Design
10
Positives
Way cheaper than a DUI fine or loss of licence, very accurate
Negatives
Its up to you to use it and be responsbile
9.2