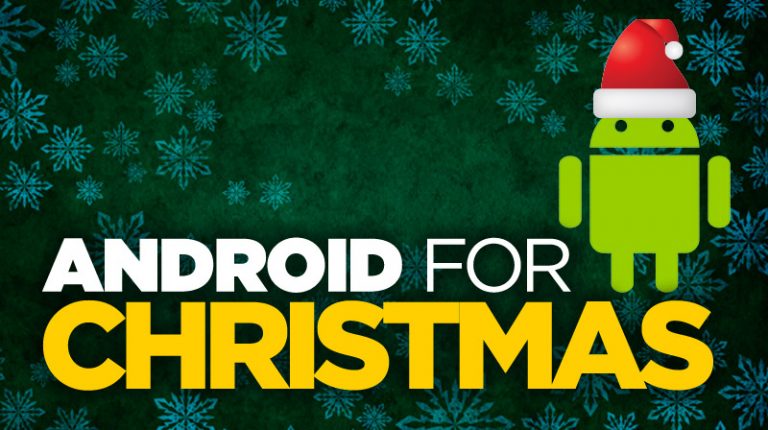 In the long war for the tech allegiance of the masses – also known as Apple versus Android – hundreds of futile arguments are deployed. The reality is that we are all beneficiaries of the inventiveness and competition between both sides.

But Android has one big thing in its favour: choice. You can choose a phone from under a hundred dollars to over a thousand. An Android device might top out at not much more than 32GB of storage, or offer up to 2TB (if they get around to inventing microSD card that big). They come with different physical styles and different screen technologies and different flavours of their operating system.

Which means that there are plenty of choices for Xmas. Here are some of them.

We’ve already see a modular form of phone with the LG G5, but the Moto Z both takes things further and is more convenient. A premium phone with hot processor and a 5.5 inch QuadHD AMOLED display, the extras just attach to the back, held by four magnetic points.

Read about it right here in coming days in our full review. UPDATE: Review here.

Here’s one thing we mean about choice. The Sony Xperia XZ is the most slab-like phone we’ve come across. Switched off, it’s like an oversized, but very thin, domino. You wouldn’t think phone styles could vary that much, but this one looks unique.

But of course as a premium model from Sony, it works very nicely. And being water and dust resistant, it ought to last very well.

The Moto X Force is a good quality mid-priced phone with a large, high resolution display, a respectable camera, expandable memory (to 2TB in theory) and a big battery for extended life.

So its “killer” feature is one that all smart phone users lust after: a shatterproof screen! Of course, anything can be cracked or shattered if enough force is applied, but the claim indicates something unusual, as does the two year warranty, which promises a free replacement screen should it crack or shatter.

Apple devices have long been able to reflect their contents onto a TV screen by means of AirPlay on an Apple TV. But Apple TVs have gotten expensive lately, while Google introduced its Chromecast at the low price of $59. This is kind of a dongle that plugs into your TV and lets you wirelessly “cast” specific app contents to it for display on the TV.

Lots of apps – including the one for YouTube – have Google Cast support built in, but the Chromecast app can mirror everything on the phone screen as well.

Not everyone can afford a grand for a phone, so how about $350-ish? That will get you the LG Z Power smart phone which had a design focus on a long, long battery life. Perhaps at the expense of a little performance, but mostly due to a massive battery capacity.

We’re not enormously heavy phone users, but we have to say that even with us, taking 78 hours to get down to 24% charge remaining is seriously impressive.

Not everyone can afford $349 for a phone, so how about $80-ish? That’s the cost of this new pre-paid from Boost Mobile, and that includes $10 worth of credit.

Okay, it’s a bit soft in the raw performance stakes, but it does come with different colour backs and, as we discovered, works quite well for most practical purposes.

So, if the Chromecast can handle all your wireless screen mirroring needs, why also consider the Microsoft Wireless Display Adaptor? Especially as it costs quite a bit more?

Well, if the person for whom you’re buying is also a Windows person, then it may be better suited, since most new and newish Windows computers can mirror their screens to this device, but not to the Chromecast (only tabs from the Chrome browser can be “cast”). Indeed, you can use the TV in the same way as any other “second” monitor.

We’re dying to get our hands on one of these. Why? Aside from premium specifications for the hardware, these are Android phones implemented the way that Google, the developer of Android, thinks Android phones should be implemented.

Oh, and they’re one of the few phones available with the latest Android: version 7.1 Nougat. You can jump up from the standard five inch screen to the 5.5” Pixel XL for $190 more, and bump up the memory in either model to 128GB from the standard 32GB for $150 more.

Now you might not need one for the Moto X Force given its shatterproof screen, but most other Android phones need protection. I had a good play with the one fitting the Samsung Galaxy S6, but there are versions fitting a range of other popular phones.

It’s a practical thing with a soft microfiber lining, slots of credit cards and cutouts in the appropriate places for connections. Most importantly, it is carefully designed with force-reducing impact reduction sections at the corners and a clasp that holds the front screen protection closed while it’s falling. Oh, and it works as a stand as well.

That little port on the bottom of your Android phone is likely more useful than you might have thought. All manner of different gadgets can be used with it via an On-The-Go adapter. You can plug in a keyboard to type long replies to emails, or storage to back up photos, or even a USB Audio device for higher quality sound.

If the phone in question has a micro-B USB port, it will need an OTG adaptor cable. That has the micro-B USB plug on one end and a socket (not plug) for regular old USB at the other end and costs well under $20. For USB Type-C phones there are plenty of adaptors around, since computers are starting to use these connections as well.

Just because a smart phone is low to mid-priced does not mean that it can’t look like a thousand dollar one. That’s what Oppo has pulled off with the F1s, with its smart looking metal body and an effective and fast fingerprint scanner.

The screen resolution isn’t quite up there with the best, but the Corning Gorilla Glass 4 ought to keep it together. Especially if you use the case supplied with the phone.

Actually, this is available from Apple stores. But it doesn’t matter, USB Type-C looks as though it’s going to be the standard for well into the future.

And if you have an Android phone which uses a Type-C port – which is an increasing number of them – then this is the convenient way to have a terabyte of storage ready to plug in. But two caveats: you’ll need to reformat it to ExFAT (it comes in Mac’s HFS+ format), and your phone will need to support ExFAT formatted storage.

And let us not forget about hands free communications and high fidelity sound. That’s what’s offered by the Jabra Halo Smart earbuds. The Bluetooth connection delivers fine sound while the controls allow pretty much everything on the Android phone to be properly managed.

Including Google Now, so you can use your phone to its full potential even while it remains in your pocket.