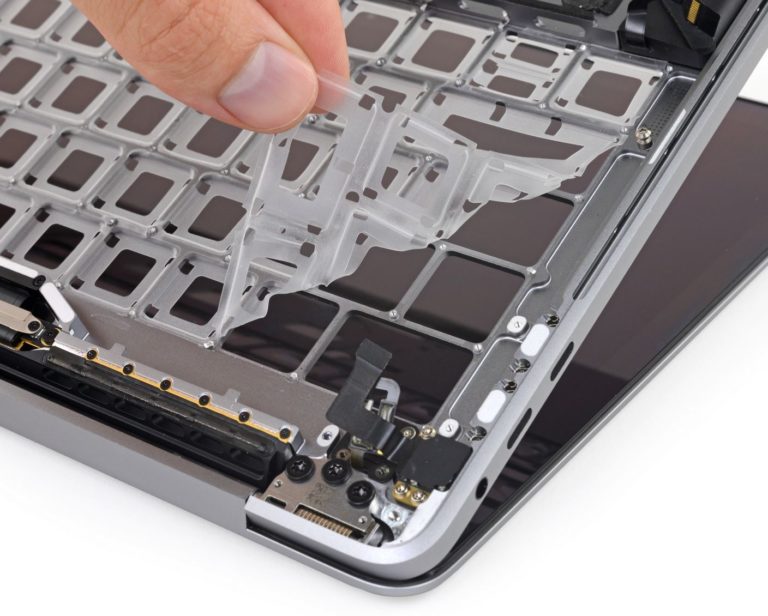 Apple has reduced the incidence of ‘dust ingress’ in its new MacBook 2018 models. The Butterfly Keyboard 3 is the answer to the apparent higher failure of MacBook and Pro 1 and 2 keyboards made from 2015 onwards.

#Keyboardgate is now a well-known issue. GadgetGuy reported on this and revealed that the new MacBook Pro 2018 had a silicone membrane to reduce dust ingress. Class actions are still underway to make this a universal recall. And other class actions are calling on Apple to replace faulty version 1.0 and 2 keyboards with V 3. Apple says no, like for like.

Our friends at iFixit have torn down – literally – a new MacBook butterfly keyboard 3 (teardown here). Its design will reduce dust ingress, but it is still not perfect. iFixit shows it is still prone to failure using the same tests that bought the version 1 and 2 down.

To quote iFixit on the Butterfly Keyboard 3

Apple has a proven track record of failure for these keyboards. They’re being accused, by way of several class-action lawsuits, of knowingly selling failure-prone keyboards.

Apple may claim that they design products to last and that designing for repairability compromises the durability of a device.  But this keyboard misadventure belies those points. If a single grain of sand can bring a computer to a grinding halt, that’s not built to last. If said computer can only be fixed by throwing half of it away and starting over, that’s not built to last.

We’re excited to see improved protection on these machines—consumers deserve it with the prices they’re paying. But if Apple had designed their keyboards for longevity in the first place, instead of chasing thinness at all cost, maybe we’d be in a whole different timeline, where MacBooks are repairable, and they never cancelled Firefly…