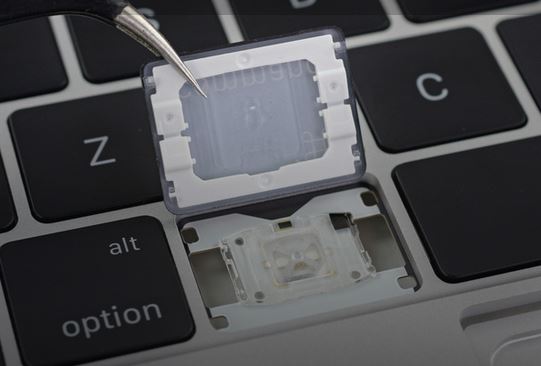 A US judge has cleared the way for a class-action to proceed against Apple for its faulty MacBook Butterfly keyboards. If successful it is going to cost Apple a fortune.

This potentially affects all MacBook owners with the now infamous faulty MacBook Butterfly keyboards. While the action is US-based, it will have a global flow-on effect for Mac-loving Aussies.

In essence, the faulty MacBook Butterfly keyboards dubbed #Keyboardgate which GadgetGuy revealed mid–last year and Apple subsequently agreed to fix are so widespread that class actions abound. Apple has lost the court battle to stop them.

Faulty MacBook Butterfly keyboards – not if but when!

As such, 2018 MacBook Air and MacBook Touch Bar keyboards replacements are available ‘on request’.

Apple made some modifications to 2019 MacBooks by adding a thin silicon shield the Butterfly V3.0 but noted repair and teardown experts iFixit say it does not cure the problem.

This did two things.

First, the problem is likely to re-occur. The MacBook Butterfly keyboard design is seriously flawed and fails when even minute specs of dust get under the keys.

Second, the resale value of the affected MacBooks (and that is most of them) is now ‘zero’. No one will buy a ticking timebomb, especially one where warranty is not transferrable from the original owner.

iFixit says that the new Magic Keyboard in the 16-inch MacBook Pro is the first of the new models with its older ‘scissor-switch’ design. This is the design used by almost every other laptop manufacturer. You can read more here.

GadgetGuy’s take – Why did the faulty MacBook Butterfly keyboards debacle come to this?

First, I have yet to meet a happy affected MacBook owner. It starts with missing keystrokes., sticky keys and flat out failure.

Second, every MacBook owner that I have met has issues, and no amount of keyboard thumping (therapeutic for frustration) will fix it. Love the MacBook but hate having to use an external keyboard. How could Apple have let it come to this?

Apple, in a fairly typical move denied the issue for three years despite a massive number of complaints. “It was not a bug – it was a feature!” It even charged to repair the keyboard, but that was a complete deck replacement costing several hundred dollars.

Well the US class action has a very good chance of success, and it is seeking amongst other things

And storms are brewing over the exploding MacBook Pro 15” Retina that is grounding many MacBooks because airline crew don’t have time to identify affected ones.

Those storms are still brewing over the MacBook Pro #stage light# failures for ALL MacBook Pro 13 and 15” from 2016 onwards – if you own one, you had better read the article.