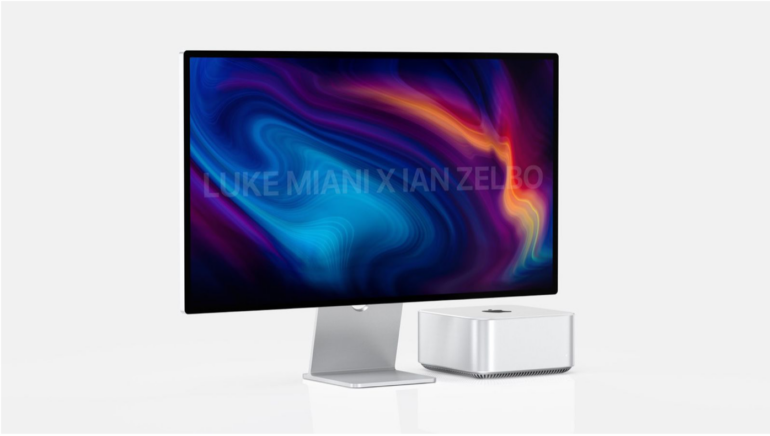 Looks like there might be another hot product or two announced at Apple’s event tomorrow. According Mark Gurman, Bloomberg journalist and respected Apple soothsayer, we may also see a powerful version of the iMac mini, called the “Mac Studio,” as well as a more affordable Apple “Studio Display.”

You can read more about out the other products we expect to see at Apple’s Peek Performance event tomorrow on GadgetGuy, but for now here’s what we know about these two products.

It seems unlikely that there will be a new Mac Pro or iMac Pro announced, so for those looking for a more powerful desktop Mac, the “Mac Studio” or “Mac mini Pro,” could fill in the gap. This would be sort of a hybrid device that’s a less powerful Mac Pro, or a more powerful version of the Mac mini.

While the refreshed Mac mini, which is expected to be announced tomorrow, may come with the more powerful M1 Pro or even M1 Max Apple silicon, we could see the introduction of an ‘M1 Duo’ chip that is essentially two M1 Max chips joined together.

There is evidence that the M1 chip is already designed with a connector that allows it to fuse with another M1 chip, making a two, or even 4 chip version, so the M1 Duo may be on the cards, with a 4 chip version for the Mac Pro. Rumours also suggest that this higher spec’d Mac mini / Mac Pro hybrid would have a taller case to allow adequate cooling for the higher performing processors.

Studio Display with A15 chip

Apple’s Pro Display XDR is the only monitor that it currently sells. This is a 6K beast, and at A$8,499, is priced out of reach for most mortals. We’re hearing that a more affordable Apple “Studio Display” could be coming down the pipeline. This would be around 27 inches, maybe with 5K resolution, have slightly larger bezels than the XDR and feature a built-in A15 chip.

The benefit of having the iPhone and iPad’s A15 chip onboard means it could run iOS and provide much better wireless support for connecting to iPads and being used with the Sidecar feature. The chip could also enhance a laptop’s graphics capabilities, taking some of the load off the laptop, and leaving it more room for running applications. This means a relatively low-end laptop could have its graphics power supplemented by the display and perform better overall.