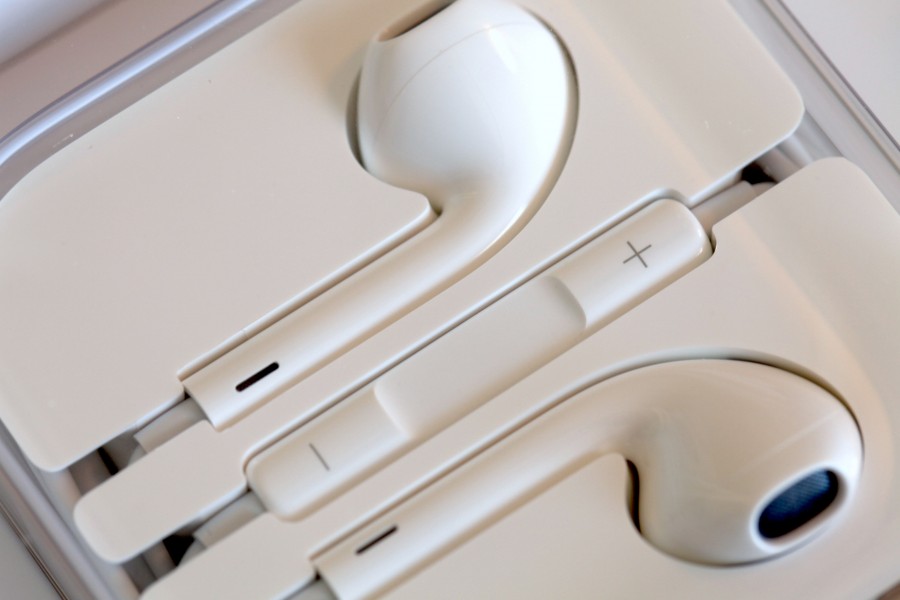 Apple is paying plenty of attention to music with its revamped iTunes store, new iPod Nano and iPod Touch players. It seems fitting then, that Apple has introduced some new headphones, called EarPods, to keep pace with its new toys. While Apple’s older headphones did a reasonable job, they were not always the most comfortable, fairly susceptible to water damage, and produced only OK sound. We’ve had a chance to take an early listen to the new EarPods, which are now available from the Apple store for $35.

The EarPods have the familiar white cable-on-white-earbud look but are considerably different in shape and design. To start with, Apple scanned 100s of different people’s ears to figure out a common shape for the earbud body so it would be a better fit. Apple then positioned separate speakers, in different locations, for low, mid and high-frequency sound. This separation helps get the sound into the right places, with the largest of the three speakers directed right down your ear canal. The net result is a surprisingly rich sound, with a deep low end and precise mids and high tones. Even at lower volumes, the bass remains fairly punchy.

From a comfort point of view, the EarPods, once pressed into my ear, remained fixed in place, with a good seal around my inner ear to isolate ambient sounds, and were quite comfortable. Also, as the main speaker is hidden inside your ear, it’s protected from rain and sweat.

A microphone is included, and Apple has also provided a remote presser further down the cable for adjusting volume, controlling music and video playback, and answering or hanging-up calls on your iPhone.

Overall, Apple has used its engineering excellence to produce a set of headphones that delivers far more sound and ergonomic quality than their low price suggests, and which will be a great complement to your Apple audio devices.