Unlock your iPhone while wearing a mask with new iOS update 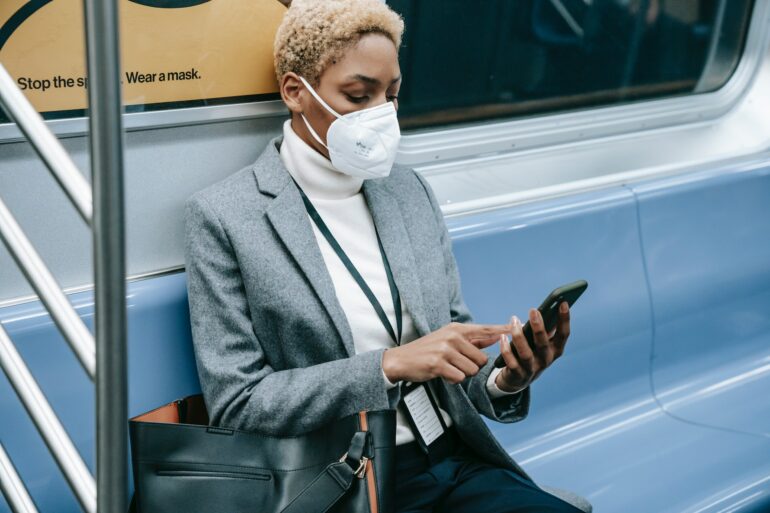 iPhone users can soon easily unlock their phone in public without removing their protective mask, as Apple Face ID with a mask is rolled out in the new iOS 15.4 beta.

Smartphones have become more important than ever during the COVID-19 pandemic. Australians use their Apple and Android phones every day to check into locations, as well as show their vaccination status at the door.

Of course, the other must-have COVID accessory is a protective face mask. Unfortunately, wearing a mask makes it difficult to quickly unlock your phone using facial recognition. This forces you to fumble around punching in your pin before you can access your COVID check in app.

To make life easier, Apple introduced an “Unlock with Apple Watch” feature in iOS 14.5 last year, compatible with the iPhone X or later. It’s a handy workaround for those people sporting both an iPhone and an Apple Watch, but it can’t authenticate ‌Apple Pay‌ transactions and app purchases.

The new iOS 15.4 beta rectifies this, adding full support for Face ID even when part of your face is obscured by a mask. Apple Face ID with a mask works by just scanning the visible parts of your face, such as your eyes.

Apple warns that using Face ID with a mask is less accurate, and thus presumably less secure, than scanning your complete face. As such, it’s optional for those iPhone owners who prefer the extra protection of relying on a full face scan to unlock their device.

Unlocking your iPhone with Face ID while wearing a mask requires direct eye contact with the front camera. As such, this feature can’t be used while wearing sunglasses. People who wear corrective lenses need to use the “Add Glasses” feature to create a new Face ID scan while wearing their glasses and mask.

The final version of iOS 15.4 will likely be released to the public some time between late February and mid-March. The ability to unlock your phone while wearing a mask will only be available on the iPhone 12 and 13, despite the fact that Face ID has been available since 2017 with the launch of the ‌‌iPhone‌‌ X.