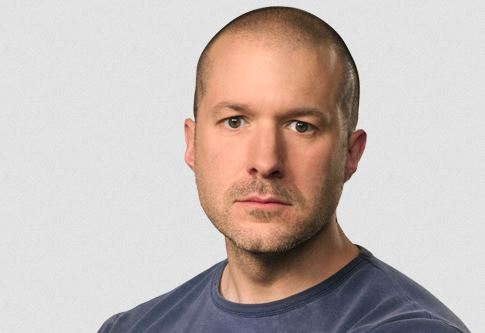 Sir Jonathan Paul Ive, KBE, HonFREng, RDI (Royal Designer for Industry) is, after 27 years, the outgoing Chief Design Officer for Apple. Jony Ive to his friends – and there are many.

Jony Ive is leaving Apple. He is credited with saving the company from oblivion after Steve Job’s untimely death.

He was responsible for the look and feel of iMac, Power Mac, PowerBooks, MacBooks, Macs, G4 Cube, iPod, iPhone, iPad, MacBook and the major parts of the iOS user interface. That is just about Apple’s entire product line.

To say he was the heart and soul of Apple is an understatement. Apple is known for Ive’s ‘less is more’ designs, subtle use of colours, material choices, and above all, keeping true to Job’s ‘slick look and feel’ design philosophies.

Why is Jony Ive leaving?

GadgetGuy has no inside knowledge – we are widely read – but a few themes keep emerging.

His 24-person design team had been close-knit and stable. At least six other senior members have left the team in the past three years – unanimously paraphrasing, “People who have been there forever don’t want to keep doing incremental updates to current products.”

Ive told the New Yorker he’d become “deeply, deeply tired.” Those that know him say he needed to slow down as Apple was extremely demanding calling on his ‘design-brain’ for everything from kitchen cups to typefaces!

He was getting bored. According to Matt Rodgers, co-founder of Nest Labs, “It’s very hard to have large breakthrough hardware innovations every year. It’s more like every five or 10 years now.”

A strong rumour is that Ive was dispirited by CEO Tim Cook’s lack of interest in design – an erosion of product magic as he called it.

Ive was getting tired of Cook’s ‘money first’ mantra. Clashes with CEO Tim Cook over design costs and directions took a toll.

And Ive commented that Apple’s board was populated by Directors with backgrounds unrelated to Apple’s core business.

Tim Cook trenchantly responded, saying any assertions of tensions between him and Ive is absurd.

Ive is reported as having said, “There are two ways of leaving Apple – the good way is you disappear and don’t make press. The bad way is you make the press. If you leave Apple and then build the Taj Mahal, we’ll chop off your hands.”

GadgetGuy’s take – everyone is replaceable

Ive’s was Apple’s designer – for 27 years. He did a great job remaining true to Jobs design vision.

Ive will launch his own design firm called LoveFrom. Apple will apparently spend millions of dollars a year on its services

Those remaining in the Apple Design Team will perhaps use the opportunity to assert new ideas and try to take Apple on a different course. They will want to show that Apple does not need Ives. After all incremental updates are boring and Apple sales are falling.

We think you can’t replace Jony Ives with one person – he is unique, one of the old school, and we wish him the best.