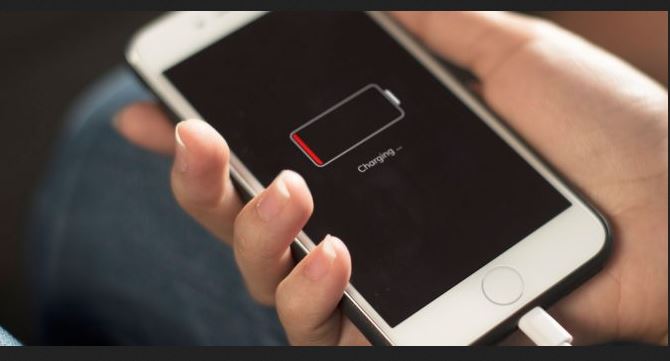 Apple fined A$41 million for slowing older iPhones – that is chump change, Tim’s weekly gym bill… But wait that was 25 million Euros, and it is only in one country, France where arrogance is the norm.

So why was Apple fined $41 million for slowing older iPhones?

You need to know two things. First, Apple will not comment, and second, it did state that the matter had is now settled [we suspect very cheaply] with France’s competition and fraud watchdog DGCCRF.

The issue began some time ago (apparently Apple has been doing this for years) with DFCCRF found that iPhone owners “were not informed that installing iOS updates (10.2.1 and 11.2 or later) could slow down their devices.”

So at least in France (and we now suspect the class-action floodgates will open around the world), Apple has admitted to “committing the crime of deceptive commercial practice by omission” and had agreed to pay the fine. It won’t be refunding customers however.

Why does Apple slow down older phones?

Let’s not be typically Frenchie arrogant and say that it was to encourage Apple owners to buy new phones – Jamais, non…

So how big a deal is this?

If you are a French iPhone owner, then it’s a big deal. Apple is saying that if you own a ‘French’ iPhone 6/SE (launched mid-2016) or later (and that is the biggie), then you can’t expect it to perform as new because the battery is going to let it down. Last year Apple was forced to implement a $29 battery replacement program (now complete) because of this very same admission.

Today in Australia you can get a 6/SE or later replacement battery fitted for $79 and an X-series or later for $109. And guess what – when replaced the iPhone does not slow down.

But you know what? Wave goodbye to any second-hand value either as this is now court proven. A three-four-year-old iPhone is now worthless.

Well, as the French found – by omission. “Apple pourrie.”

The world’s most exceptional marketing machine (exquisite at selling overpriced goods) was incapable of finding a euphemistic (a mild or indirect word or expression substituted for one considered to be too harsh or blunt when referring to something unpleasant or embarrassing) way of telling Apple Sheep that it was a feature, not a bug. “And, as a bonus your iPhone, that you love so much, will age with you. If you are a little slow in the morning – it will be too.”

Now we techy types know that Lithium-ion batteries have a limited number of charge/discharge cycles. In the case of a cheap phone, it may be as few as 200 (about one year of daily charging).

Apple apparently uses batteries with 400-500 cycle life and on 8 January 2020 published a lengthy tome about battery life (that no one but us will ever read). Basically, it says battery degradation is normal and it now has a Battery Health indicator to tell you when the battery is cactus.

Voila – now it’s on the website it is up to you to read and understand and it will be part of the terms and conditions of use as well!

By contrast, Samsung states you should still have 95% of battery capacity after two years of typical use. But Samsung give a 2-year warranty – Apple gives one!

GadgetGuy’s take – Would it not have been cheaper to focus Apple engineering on a removable, clip-in battery than have Apple fined $41 million for slowing older iPhones?

I, for one hope that every consumer protection agency in the world fines Apple and insists that it refund all iPhone purchases since 2016! The same way it should over #Keyboardgate and equally worthless MacBooks.

Yes, we techies know that batteries wear out, but Joe and Jane Average do not. And with the typical cost of an iPhone well north of $1000 (or twice that) they should expect premium quality for a premium price.

Yes, I know we all want IP dust and water resistance but how hard would it be to have a battery that clips into the back and transmits power via waterproof pogo pins! Better still if it has an integrated Qi charge coil. Even better if it is easily repairable as well!

I am no engineer, but the first phone maker that is prepared to provide amenity over pretty vacuum paint deposited good looks has my vote.

You know why this has happened – it is easier and cheaper to put a battery inside and transfer future liability and excessive cost to the owner to fix it.