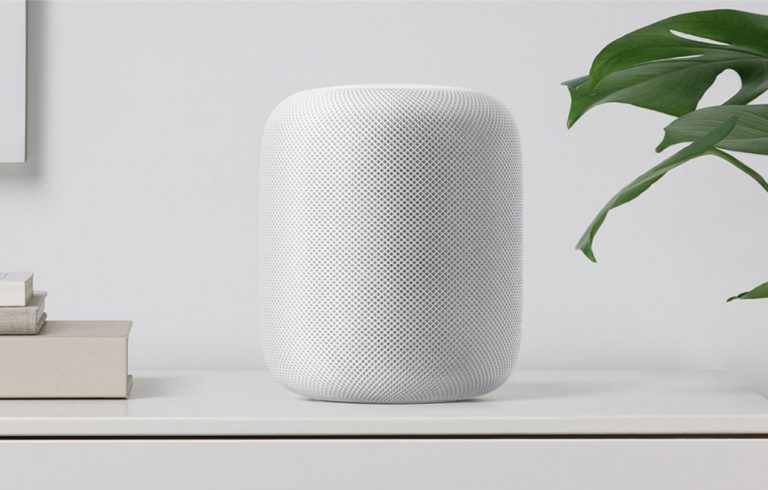 I think the word is “synergy”. It was popular a few years ago when companies felt they could bring together different, but complementary, ideas and products and create from them something new. Apple seems to be doing that with its strengths: computing, smart portable devices and music. And so we see, coming soon, the Apple HomePod. Australia will be in the first batch of places for the HomePod’s release in December.

At a glance it looks just like another neat wireless speaker. But it’s far from that. Two main things set it apart. First and most obviously is Siri support. Secondly, and perhaps more significantly (for we music lovers) is that it’s acoustically smart. They are my words, not Apple’s.

What I mean is the “automatic room-sensing technology”. The HomePod can “quickly learn its position in a room” (presumably with some test noises) and then it optimises the sound. Anyone using a portable speaker will know how different it can sound depending on where it is, so this ought to provide the best sound wherever you choose to place it.

The HomePod packs an “upward-facing” woofer and “seven beam-forming tweeters”. Each driver has its own amplifier. “Beam-forming” means that the signal is processed so that groups of tweeters can work together to produce sound focused in particular directions. Apple’s A8 chip apparently includes digital signal processing (Apple calls it “real-time software modelling”) to manage all this and tune the subwoofer so it produced the best bass it can without being pushed into unseemly distortion.

If you have two HomePod speakers, they will detect each other and set themselves up for optimal stereo operation.

It is designed “to work with an Apple Music subscription for access to over 40 million songs”. Although Apple doesn’t mention this, I’d be surprised if it doesn’t also work with local music on your Apple devices, perhaps through Apple AirPlay.

Six microphones are built in so your spoken words can be cleaned of acoustic artefacts and understood even from across the room. The idea is that you ought to be able to use Siri without having to shout at the HomePod. Apple says that it can act with the Home app to provide home automation.

The HomePod is shaped like a cylinder and stands just under 18cm tall. Estimating from the picture, I’d say it’s about 14.5cm in diameter.

Our editor is in the US right now inspecting the demonstration products, so we may get some hands-on impressions shortly.

US pricing will be $US349. Australian pricing is likely to be set closer to the date of release.