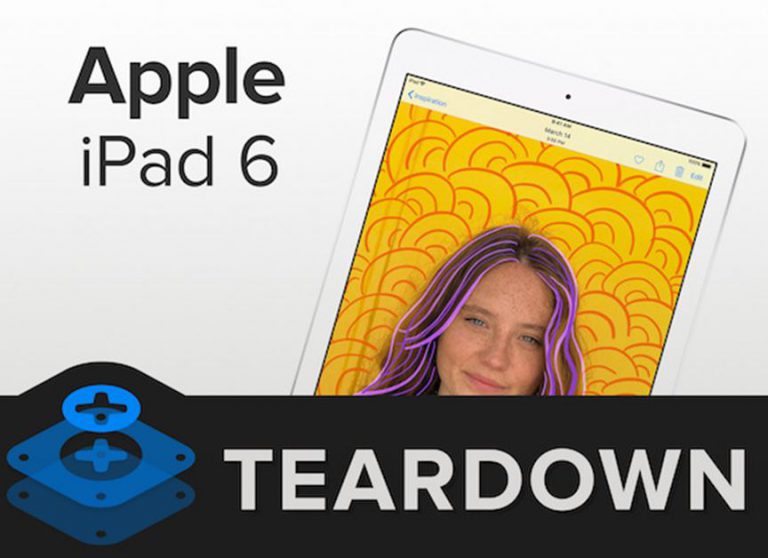 Apple’s new iPad 6, a 9.7” tablet with Apple Pencil support scores poorly in the repair stakes so vital to winning in the education market.

iFixit has destroyed yet another almost irreparable Apple product jam packed with mountains of sticky hot melt adhesive. It found the iPad 6 was not suited to the rough and tumble education market. In particular, its iPad’s glued-glass display was most vulnerable to drops.

It went so far as to say that a 14” Chromebook from HP or ASUS was a better choice – more cost-effective, bigger screen, durable and more repairable. It also added that separate accessories like the keyboard ($215) and Pencil ($145) add significantly to the cost and are easier to lose.

Inside the iPad 6 it found

It put the repairability score at 2 out of 10 stating, “As in all iPads, a solid barrier of very strong adhesive bars the way to any repairs and makes rework a sticky proposition.”

It was particularly concerned that the high use Lightning connector was not replaceable.

Kids are rough with any tech. Unless this stays in the classroom and not taken home, it will soon become a casualty. Simply put any education device must withstand drops, throws, sitting on, and stuffing in a backpack.

iFixit has been a long time crusader for easier iPad repairs and hoped an education-specific model would achieve this.

GadgetGuy has a preliminary iPad 6 announcement here and has a review unit on the test bed.