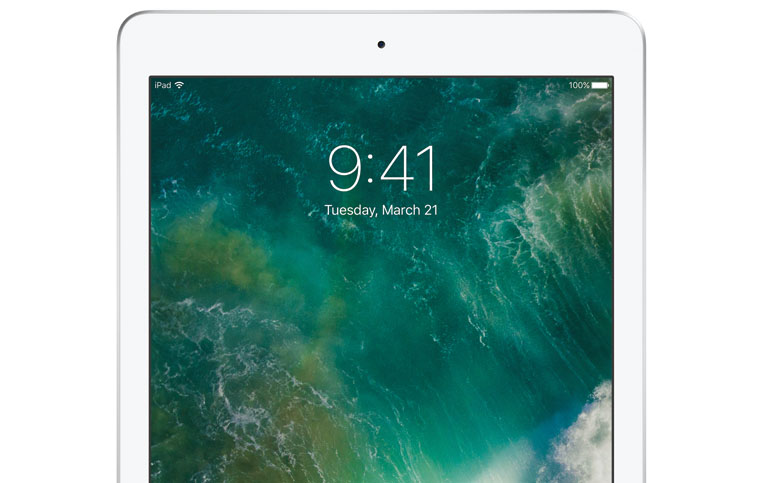 The venerable iPad is getting an upgrade, and its mini-me the iPad Mini 4 is getting a kind of one as well. First appearing seven years ago, the new model scores Apple’s best yet CPU (straight out of the current model iPhones) and the same name as the original model: iPad. None of this “Air” stuff, nor “iPad 7”, although by normal counts it stands as the seventh generation model.

Naturally it gets Apple’s “Retina” screen with 1536 pixels across and 2048 pixels down on the original sized screen: 9.7 inches. It comes with a slim 7.5mm form, the same as the first iPad Air (ie. the fifth generation iPad), but up a little from the 6.1mm of the iPad Air 2. But there’s also a heftier battery than the Air 2, up from 27.6 watt-hours to 32.4, so chances are the battery life is better.

The new iPad packs Apple’s 64 bit A9 processor with the M9 motion co-processor, up from the A8x/M8 combo of the previous model. And of course it runs the latest iOS, now up to 10.3 in this model.

Touch ID (ie. fingerprint recognition) allows quick unlocking. Not much appears to have changed on the camera front, with eight megapixels at the rear and 1080p video, and 1.2 megapixels at the front for Facetime. Memory options are 32 GB or 128 GB. Connectivity options are WiFi or “Wi-Fi Cellular” as Apple calls it. Pretty decent “Cellular” with wide LTE band coverage. Pretty decent Wifi too, with support for 802.llac.

The multitasking features of iOS 10 – split screen, picture in picture and so on are of course rather more useful with the big screen.

Available from next week in Australia (ordering from this Friday), prices have been lowered to $469 for the 32GB WiFi model and $669 for the 32GB LTE model. They are available in the Silver, Gold and Space Grey colour schemes.

And here’s a nice addition for those who might not be used to the Apple ecosystem and so are a little worried about moving into it:

Every customer who buys iPad from Apple will be offered free Personal Setup, in-store or online, to help them customise their iPad by setting up email, showing them new apps from the App Store and more.