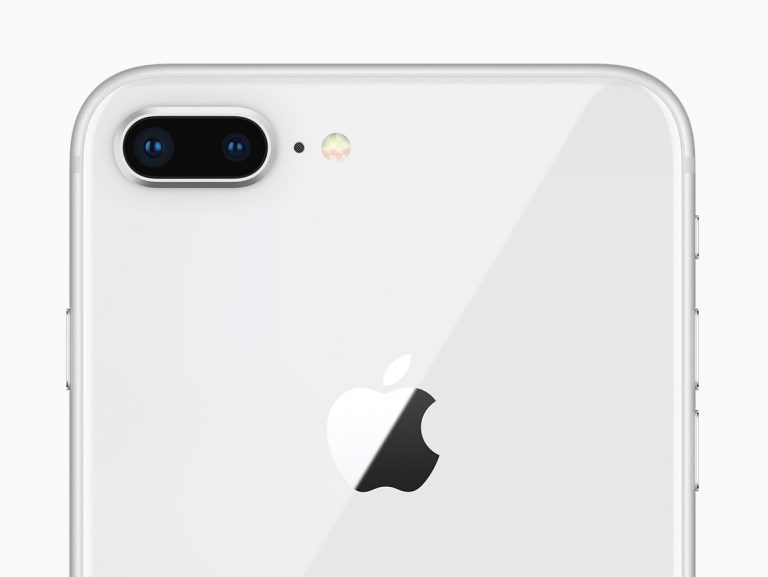 The iPhone 8 is a bit unconventional. It was one of two new smartphone models announced by Apple earlier this month, with the other being Apple’s most advanced smartphone ever, the iPhone X, and a clear indicator of where future smartphones are heading. The iPhone 8, on the other hand, shares the same basic design first introduced with the iPhone 6, albeit with considerable enhancements such as IP67 dust and water resistance. Compared to the upcoming iPhone X, and other competitors including the Samsung Galaxy S8 and LG’s G6, Apple’s latest model seems a little behind the times. So the question is, who is the iPhone 8 for?

Starting with its appearance, the iPhone 8 and 8 Plus have the same shape as their iPhone 7 counterparts, and nearly identical dimensions. The iPhone 8 comes with a 4.7 inch display, and the iPhone 8 Plus gets a 5.5 inch screen. The key difference is that Apple has swapped the back panel from aluminium to glass. The glass is said by Apple to be the most durable ever and includes a 50 percent deeper strengthening layer. There’s also a new steel substructure and aerospace-grade 7000 Series Aluminium frame for more reinforcement. The iPhone 8 has done well so far in terms of early durability tests, so it should be strong, and hopefully, the glass won’t break if dropped – although we’ll need to wait and see about that one.

The glass casing is also easier to grip than the all-aluminium back from the iPhone 7. There are three colours to choose from – silver, gold and space grey. We had the silver and gold models, and both are stylish and have a pleasing, premium feel. The silver, gold or space-grey aluminium band that runs around the phone is matched by subtle tinting in the glass, with a cool white, warm cream or dark grey, depending on the model. The effect is quite unique, and the tint appears to change slightly in different light.

Flip the phone over and you’ll see the familiar screen and home button layout of the iPhone 7 models. The large bezels surrounding the screen are unchanged, whereas many phones are moving to an edge-to-edge screen design. A benefit of this is that you can still use iPhone 7 cases and accessories.

While the new Retina HD display is still an LED backlit unit, with the same available resolutions (1,334 x 750 pixels for the iPhone 8 and 1,920 x 1,080 pixels for the iPhone 8 Plus), it is much improved with a wider colour gamut and adaptive True Tone technology. The wide colour gamut is similar to that found on the iPad Pro screens, and is capable of displaying a broader range of colours in the P3 colour space, and is brighter than previous versions. Photos look lifelike, colours are more vibrant and there’s more detail visible in darker shades. The True Tone feature is a welcome addition as it automatically ‘warms up’ the screen in different lighting conditions and will even adjust to a less ‘blue’ screen depending on the time of day to reduce eye strain and help you sleep.

The iPhone 8 and 8 Plus get Apple’s latest processor, the A11 Bionic. This is the same unit found in the iPhone X, so there’s no compromise. The A11 Bionic features 6 cores with two high-performance cores and 4 high-efficiency cores. There’s also a separate 3-core GPU, which is designed for 3D games and Augmented Reality (AR) applications. Compared to the iPhone 7, both 8s are extremely snappy when it comes to opening apps, playing games and scrolling windows, and it wasn’t easy to see much of a difference.

The iPhone 8 gets a new camera too. It’s still a 12 megapixel unit, with an F1.8 aperture, however, there’s a larger, faster sensor as well as optical, rather than digital, image stabilisation. A new Quad LED True Tone flash is present as well as a Slow Sync feature for more natural looking night shots and beter low light performance. We tested the iPhone 8 and iPhone 8 Plus’s cameras on a range of photography types, and compared it to the iPhone 7 Plus’s camera as well as the industry leading Samsung Galaxy S8.

The iPhone’s 8 optical image stabilisation is also handy for recording videos, which can now be captured in an amazing 4K resolution at 60 frames a second. The additional horsepower from the A11 Bionic processor also provides the grunt for a new super-slow motion mode, capturing at 240 frames per second in Full HD (1,920 x 1,080 pixels), which is four times that of the iPhone 7. The footage we took of waves crashing against the shore took on a whole new dimension in super-slow motion, enabling you to zero in on the individual water droplets flying away from the ocean spray.

The iPhone 8 Plus gets a twin-lens setup with the same ‘wide’ F1.8 lens as the 8 and a ‘telephoto’ F2.8 lens, along with 12 megapixel sensors. The telephoto lens provides a 2x optical zoom, and you can push this out to 10x via a digital zoom. The image processing is similar to that of the iPhone 8’s camera, however, the dual-lenses provide a Portrait mode with a shallow depth of field effect where both images are combined, along with intensive software processing thanks to the A11 Bionic chip, to separate the subject from the background, and create a soft ‘bokeh’ like effect to focus attention on the subject. This works fairly well in the right conditions, and is something that you’d normally only be able to do with a DSLR camera.

There is now a new Portrait Lighting mode that harnesses the A11 Bionic processor to “…use facial landmarking and depth maps to capture portraits with striking shadows, spotlight effects, and more.” There are a number of different modes, including Natural Light, Studio Light, Contour Light, Stage Light and Stage Light Mono. Stage Light creates the most dramatic effect by removing the subject from the background and replacing this with a moody black. While still in beta, it’s not perfect, but loads of fun to experiment with.

Another key differentiator of the iPhone 8 versus the 7 is its ability to run Augmented Reality apps. With iOS 11, developers have been given the keys to Apple’s new AR framework – ARKit, so the stage is truly set. Thanks to the A11 Bionic, the iPhone 8 has plenty of power to run these software intensive apps, and the camera has been specially optimised along with the addition of a new a gyroscope and accelerometer. We tried out Directive Games ‘The Machines,’ which is a very graphics intensive AR game where you and other players view and compete in a virtual 3D game world that can be positioned on a flat surface like a table.

The amount of detail in the 3D world was incredible, with intricate creatures, flying spaceships and mountainous terrains that you can zoom in to by moving the phone closer to the action. The phone also senses your position and increases the speaker volume. There was very little perceptible latency when panning around the virtual world, helping add to the realism and immersion. While playing an AR game for a long period through a small screen is probably more of a novelty than the way of the future, the floodgates are now open for the iOS developer community to create some truly amazing and useful AR applications.

Overall, the iPhone 8 is the best iPhone available today. Is it good? Yes, it’s very good. However, it’s not for everyone. If you want the very latest, or already have an iPhone 7, then the iPhone X is really where your focus should be. There’s no denying that the X is at the cutting edge with its edge-to-edge OLED 5.8 inch screen, virtual home button and facial recognition. However, if you’re upgrading from an iPhone 5 or 6, then you’ll be very happy with an 8’s excellent camera, clever photo modes, stunning wide colour display, wireless charging and impressive augmented reality-ready capabilities.