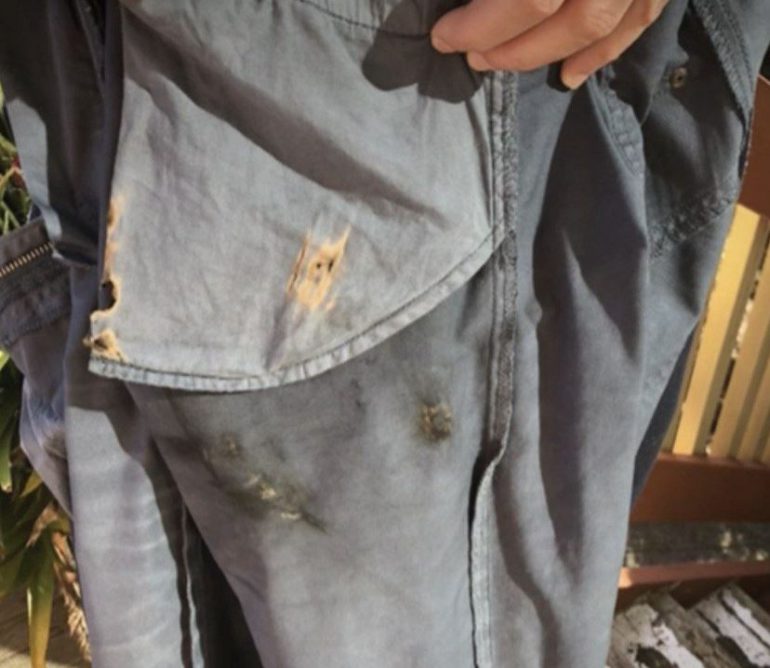 An Apple iPhone X caught fire in an Australian man’s pocket, causing burns, a 250mm scar, and other injuries. Let’s not sensationalise this because every media report so far neglects to mention that there are dozens of reasons this could have happened

Most importantly, it is not an everyday occurrence for the Phone X 64GB (purchased in March 2018). Or, for that matter, any iPhone model. Let’s wait to see what the official findings are.

And lawyers will have a field-day chasing Apple for corrective surgery, psychiatric injury, damages and, well, their ample fees on a no-win, no-pay basis.

First, a recent experience. I am reviewing an Apple iPhone 12, albeit taking longer than I want to due to the lack of comparable diagnostic software. My boss thought it might add to my understanding of the iPhone ecosystem. Fine boss.

I have experienced several occasions, mainly while taking a bracket of photos or videos, when the iPhone simply shuts down. That is an inbuilt safety measure. And while it gets hot in use and when charging too, it has not exceeded 43°. Once it cools, it is fine to use again.

I have not seen this in the Android world and said boss says it is not unusual for iPhone – it is a safety feature – especially in the summer heat.

Use and approved charger

First, I want to chastise Apple for removing the charger from the iPhone 12 – a move Samsung also followed.

While it is to save a few dollars and reduce e-waste, it means that users can and will use any old charger, Apple approved or not.

It is lower than the commensurate Samsung S-series with 5V/3A/15W or up to 25W fast USB-C PD charging. Some brands now have 30/60/120W charging, but they require special chargers and cables.

Apple states that using damaged cables or chargers, or charging when moisture is present, can cause fire, electric shock, injury, or damage to iPhone or other property.

We don’t know if an approved charger was always used on the said Apple iPhone X. Conceivably, a 3rd-party charger could have supplied a voltage/amperage that overstressed the device.

Don’t use a phone with physical damage

Lithium-ion batteries are a bomb waiting to ignite. If they are damaged, punctured or even dropped, they can ignite. Even liquid can affect the battery.

We don’t know if the iPhone X had been mishandled.

We are big proponents of the right-to-repair, but that is a matter for Apple to embrace or reject. We see the plethora of mall kiosk repair shops with little or no formal training in smartphone repairs. These generally do a ‘bodgy job’ often using second hand or non-original parts.

We don’t know if this phone has been opened or repaired by an unqualified person.

Apple will investigate why the Apple iPhone X caught fire. The iPhone X has had some swollen battery reports, but overall, it should not be an issue – a properly cared for iPhone is unlikely to catch fire.

The more important aspect of this story is that if your phone – any phone – is damaged, the screen is ‘popping’ up, or it is running hot – say over 45° during charging, then get it checked by the manufacturer or its approved, authorised repairer. Not a dodgy mall kiosk.

Another Australian lawsuit (unrelated) is for an Apple Watch allegedly burned a man’s wrist.

Apple stated that it is investigating the reports. They take customer safety very seriously. The two lawsuits are in a Victorian County Court.

You can read GadgetGuy’s Apple news and reviews here.