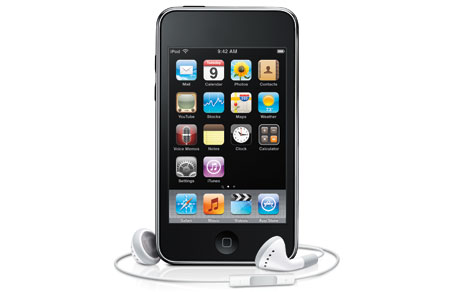 Apple has only tweaked around the edges of the iPod Touch design with more storage and a faster processor. The end result is still a highly tempting iPod model, especially if the iPhone doesn’t appeal.

It’s often claimed that third generation products are where you’ll see genuine evolution, and even Apple’s not immune from that observation – the third generation iPod shuffle saw drastic changes, for example. The iPod Touch has resisted the heavy evolution of a third generation model, however. It’s still a touchscreen music player with a heavy focus on “App” programs that perform other functions, similar to the more expensive iPhone 3G and 3GS. The most recent upgrade’s really just offered a few tweaks around the edges, and even then only on specific models.

Apple still sells an 8GB iPod Touch for $268, but that’s effectively just the second generation model with a price cut. All the good new stuff is in the 32GB $399 and $549 64GB models. And the presence of a 64GB model is the first new feature of the iPod Touch range, making it the largest flash memory based iPod Apple’s offered to date. Both the 32GB and 64GB models have a speedier 600MHz processor and 256MB of internal memory, which means in essence they mirror the core functionality of the iPhone 3GS. They’re also voice control capable (with the supplied headphones) and can act as a voice recorder, again via the bundled and pretty ordinary bud headphones.

The one catch with the newer processor is that the newer Touches are mildly more power hungry than their predecessors, and that’s reflected in a slightly lower claimed battery life for music playback, down from 36 hours to 30 hours.

Setting up the iPod Touch 64GB that Apple sent us for testing was no different to previous models, and as with all current iPods, you’ll have to download iTunes 9 to activate and sync them. This will (if you enable it) also add the “Genius Mixes” feature to your iPod, allowing the iPod to intelligently build genre mixes of music without your input at all. The one slight problem – and it’s been present in every iPod Touch model — that we hit with music playback and voice control is that the headphone socket is oddly placed on the bottom of the touch, which means it sits upside down in your pocket when you’re using it.

The additional storage on offer with the Touch is useful if you’re going to use it, and for most Touch owners that’ll be a mix of music, video and applications. Where the new processor, memory and OpenGL graphics system have the most effect are in launching and running Apps, however.

The Touch is still a great personal music player, and it’s now a better Apps platform to boot. In games and apps that use heavy processing the new Touch is notably faster and smoother in onscreen presentation and responsiveness to boot.

The differences between the second generation and third generation models aren’t enough for us to say it’s absolutely worth upgrading, but first generation iPod Touch owners may find new Apps running rather poorly as developers start to program for the new hardware.

This review of Apple’s 3rd Generation iPod Touch is of the 64GB version, and the price accompanying this review is for that model. The Touch is also available in an 8GB and 32GB sizes, priced at $268 and $399 respectively.