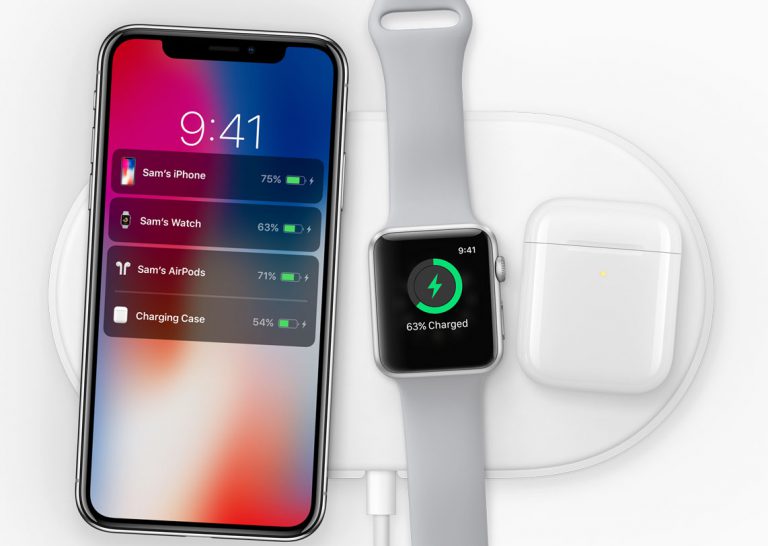 This morning at its shiny new toroidal headquarters in Cupertino, California, Apple launched three iPhones, the new Apple Watch 3, and a 4K upgrade to the Apple TV.

Our man in Cupertino will be reporting in depth on the iPhones, but here’s a taster. As we reported yesterday, there are three of them, two with the expected number increments: the iPhone 8 and the iPhone 8 Plus. But it’ll be the iPhone X that attracts most of the attention for the moment.

This features a 5.8 inch OLED display with HDR, Dolby Vision, P3 wide colour, 3D touch and a Super Retina HD display of 1125 by 2436 pixels. The Home button is gone. Instead the phone looks at your face with IR sensors to unlock. Other home button functions are replaced with swipes.

That 5.8 screen resides in a body with a diagonal of 6.3 inches, so this really is a phone that’s virtually all screen. And it’s water proof, with an IP67 rating. The 7 means it can withstand immersion up to a metre.

It has a dual wide and telephoto camera arrangement. And wireless charging using the existing Qi system. iOS gets an upgrade to version 11, powered with the 64 bit A11 Bionic chip.

The iPhone X will be available for preorder from Friday 27 October, and sale from Friday 3 November 2017, priced at $1579 for the 64GB model, and $1829 for the 256GB model. Those who buy in an Apple store will be offered a free Personal Setup by Apple staff.

The iPhone 8 and iPhone 8 Plus are clearly more evolutionary upgrades over their predecessors. Indeed, in the “Power and Battery” section of the specs page, it says for each: “Lasts about the same as iPhone 7” or “7 Plus” as appropriate.

But they retain all the fine features of last year’s model – including the IP67 rating – and gain a few of their own. They score the new A11 Bionic chip and iOS 11 (with its new animated emojis). Both are 0.2mm thicker than the 7s, and weigh 10 or 14 grams more. Reason: they also get Qi wireless charging.

The new Apple watch gets a built in cellular communications option, water resistance to fifty metres and a 70 per cent speed boost in its processor. Plus the new watchOS 4.

Apple’s streaming box is now the Apple TV 4K which, as the name implies, supports UltraHD resolution content from iTunes, with support for 4K from Netflix and Amazon Prime Video “coming soon”

I’ll be returning to the watch and TV shortly. Stay tuned!