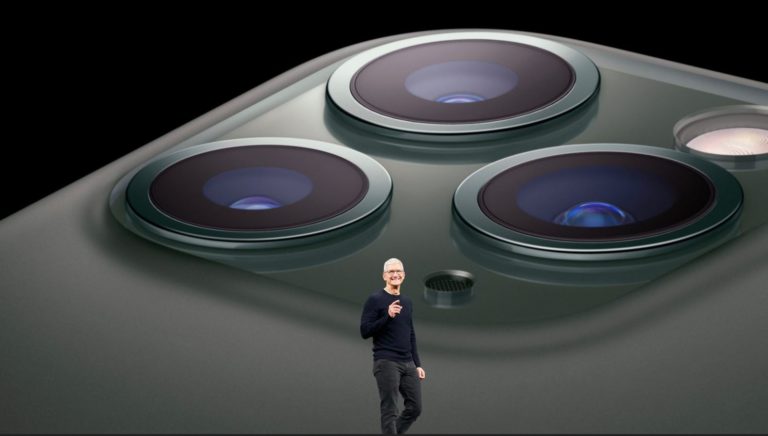 Apple Park, Cupertino CA. Apple has pulled the wraps off its new iPhone 11 series at the Steve Jobs theatre at Apple Park.

The ‘standard’ model has fewer inclusions than the ‘Pros’. The key differences are a dual instead of a triple-lens camera system and an IPS screen versus premium OLED displays. In they are very similar to last years X-series.

Now Apple has resolved issues with 5G chipmaker Qualcomm we can expect 5G with next year’s refresh of the iPhone 11 ‘S’ and then the iPhone 12-series.

And, reverse-wireless charging is where the phone can be used as a wireless charger to power accessories like earbuds or even other phones.

I only mention these omissions as Apple would need new design to accommodate them. The iPhone 11 series are an evolution, not the revolution that we hope to see in the 12-series.

And as Apple fans were expecting, yes, Tim Cook did say the iPhone 11 was the best Apple had ever produced!

Similar to last year’s iPhone XR, the iPhone 11 has a 6.1 inch LED display. While not as high performance as the Pro/Max OLED screen, it’s still very bright and looks great.

It also gets the same A13 processor, so in many ways, it’s just as capable as the Pro models. The new dual-camera system includes the same ultra-wide and wide lens units as the Pro and has improved low light performance.

The front True Depth 12MP camera can capture at 4K 60fps and can record videos.

An upcoming Deep Fusion image processing feature (US fall) uses machine learning to take a photo in low and medium light. It takes eight images before you press the button, and one when you press the button. Then it examines 24 million pixels to optimise your photo. It is computational photography mad science.

Apart from size. weight and battery capacity the iPhone 11 Pro and Pro Max are identical. These represent Apple’s most advanced technology

The new 12MP triple-lens camera system matches the look and feel of some of the earlier design leaks, which drew some criticism due to not being up to Apple’s usual aesthetics. But hey, for a better camera who cares?

The A13 Bionic processor is claimed to be 100% more powerful than the A12 found on last year’s models. There’s also a 200% increase in graphics (GPU) performance. The 3rd generation neural engine can perform over 1 trillion operations per second. They fit 85 billion transistors into the 7nm chip.

The A13 Bionic chip and the OLED screen are optimised to save power. This means that the iPhone 11 Pro/max will last four/five hours longer than the iPhone XS/Max.

Another benefit of the Pro/Max is they have the 18W fast-charger in the box to fill 50% in 30 minutes. This isn’t as fast as some competitors, who can do 70% or more in 30 minutes, but at least customers don’t need to shell out extra for the fast charger.

The new iPhone 11 series are a step up from last year’s models. The new camera systems offer more creative options and the low light performance is welcome.

Otherwise, there are some new colour options, but the phone’s general look and feel has not changed much. The new camera system isn’t as unattractive as some of the early renders might have suggested.

For the price, and considering the competition it would have been nice to have 5G capability along with USB-C instead of the proprietary lighting cable.

Again – hey that is Apple and there will be a lot of happy Apple Aficionados loving all the upgraded camera features.

Valens Quinn travelled to the Apple iPhone 11 launch event in Cupertino, California as a guest of Apple Australia.