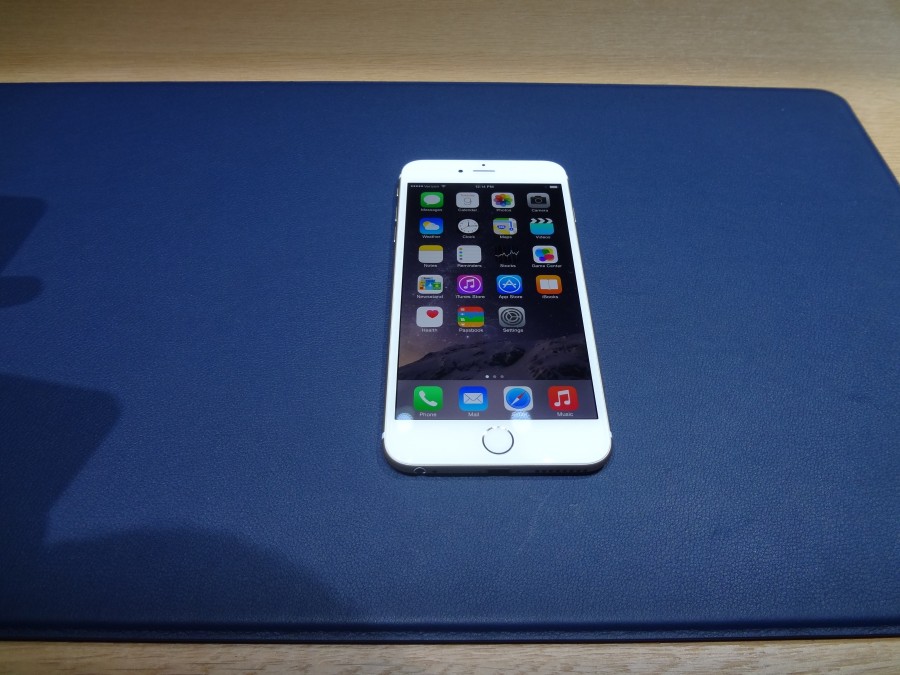 Apple launches iPhone 6 and iPhone 6 Plus

At long last, Apple has pulled the wraps off its latest generation of products at the Flint Centre in Cupertino, California, where the original Mac was revealed 30 years ago. We’re here on the ground reporting on all the action, starting with the iPhone 6.

Following the Android driven trend of larger mobile phone displays, Apple has released two new models, both of which are larger, and thinner, than previous iPhones.

This new size gels nicely with existing apps because it’s easy for them to ‘scale up’ to the new, more detailed screen resolutions.

From the screens we’ve seen, the scaling looks very sharp.

While many were expecting to see an ultra-hard sapphire screen coating, Apple has gone with an ion-hardened glass, and an IPS screen.

Also new is an embossed Apple logo,  and the power button has been moved to the right-hand side of the device making it easier to reach with your thumb.

Weight-wise, the iPhone 6 weighs 129 grams, with its bigger brother weighting in at 172 grams.