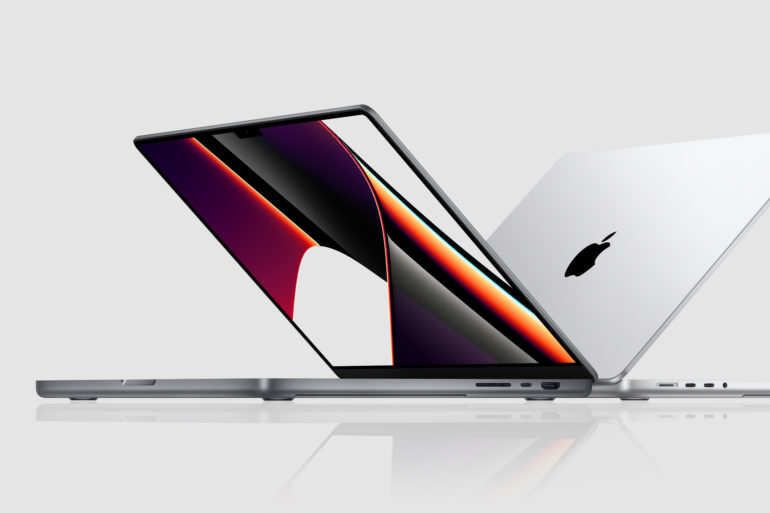 When it comes to video calls, the MacBook Pro has finally stepped up from a 720p to 1080p FaceTime HD camera. It’s combined with improved mics and a six-speaker sound system, supporting spatial audio. Yet that extra screen real estate comes at a cost, with the top menu bar now wrapped around an iPhone-style notch housing the camera.

The addition of a notch could frustrate the Apple faithful. The centre of the top menu bar tends to be dead space in macOS, but the notch could still make its presence felt when watching video and playing games.

Less controversially, the oft-maligned Touch Bar has been retired, with a return to traditional standard function keys.

With this comes improved battery life. The 14-inch model, featuring the M1 Pro chip, delivers up to 17 hours of video playback – which is seven additional hours. Meanwhile the 16-inch model, featuring the M1 Max chip provides 21 hours of video playback. An additional 10 hours, it’s the longest battery life ever on a Mac notebook.

Unlike some pro notebooks, which curb performance when not plugged in, the new MacBook Pro delivers the same level of performance whether it is plugged into the wall or running on the battery.

While some Apple notebooks are starved for connectivity, these new MacBook Pro models feature a wider array of ports. They offer HDMI alongside Thunderbolt 4/USB 4 Type-C ports, along with an SDXC card reader. There’s also the welcome return of MagSafe power connector, with MagSafe 3 supporting fast charging – up to 50 per cent in just 30 minutes.