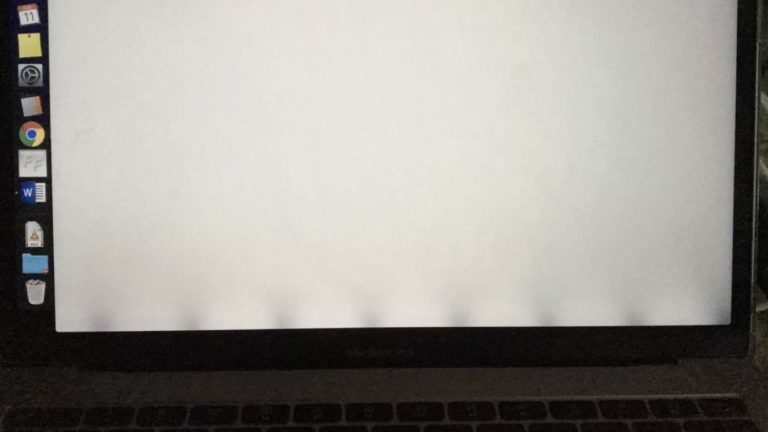 It appears that a design flaw in Apple’s MacBook Pro models may be causing ‘stage light’ effects and the screen to fail completely over time. The problem is that it is happening now to MacBook Pro from 2016 onwards. Enter #Flexgate

#Flexgate as it is known is due to Apple’s use of two fragile flex cables that are part of the screen. They begin to tear, especially if the notebook is opened past vertical (90°) – as you do!  Enter stage light.

As the cables are part of the LCD screen, replacement is not an option leading to a complete screen replacement at several hundred dollars. IFIXIT says it is a serious design flaw in the pursuit of thinness.

IFIXIT says when, not if they fail, Apple should replace them at no cost regardless of warranty. Apple has not yet acknowledged there is a problem. Calls to join class action suits are beginning to appear.

A petition is at Change.Org requesting Apple acknowledge the issue and extend warranty for the reasonable life of the computer. It has over 2,000 signatures.

Suspiciously those who have started a thread on Apple’s support site have seen the threads deleted.

Apple Issues concur and are asking all media to make readers aware. It says Apple’s Shiny new toy is crippled by serious flaws.

The problem is that the replacement is the same keyboard and failure can happen again.

There are also reports of SSD issues (non-Touch Bar models).

MacBook Pro speakers can suffer crackling – popping. They have also had more than a few logic board failures.

There are also reports of touch bars failing, locking or being unresponsive but more than that, not being useful. There is an interesting read here.

That Shiny new toy has serious flaws, and it will affect usability, lifespan and resale value. What is the use of a laptop you can’t open and risk screen failure?

Note this only relates to the MacBook Pro 2016 onwards. Most reports are about the Touch Bar model but Apple Issues says it is all MacBook Pro from 2016.