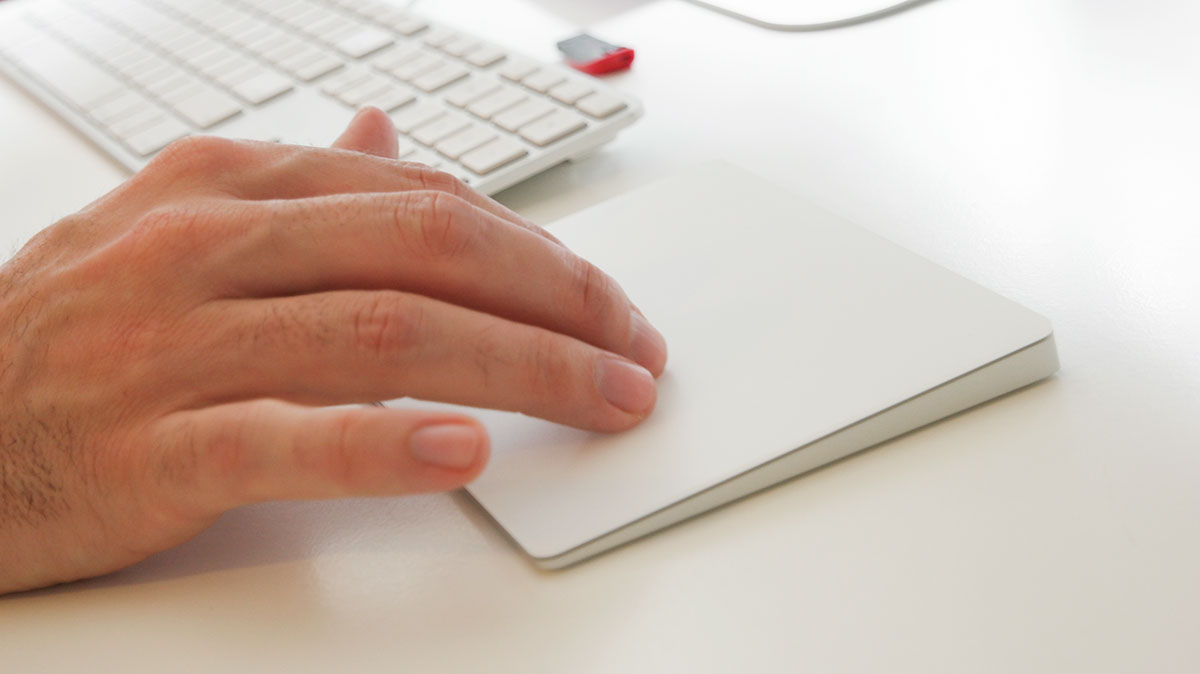 It’s been five years since Apple decided to bring the trackpad from its laptops to the desktop, and now we have a sequel. What’s changed, and is this accessory worth having in your life?

In the five years since Apple first gave the world an external trackpad — and one that wasn’t built into a keyboard — much has changed about this style of mouse.

For one, desktop users can now rely on this type of mouse in much the same way they’re used on the laptop side of things, which is where this technology comes from. While we suspect most desktop owners are probably using a conventional mouse style — one you move around a surface — the option for a trackpad means the same understanding of how you interact with a laptop can be brought to a computer that isn’t a laptop.

Another change comes from gestures, with push pull for zooming, rotating with your fingers, and several finger tapping also adding to what mice can do. Multi-button mice have existed for a while, and now gestures let you activate extra functions, like two finger scrolling, three or four finger tapping, and so on and so on.

Earlier this year, Apple changed the trackpad again, getting rid of the button and making the technology different, relying on what the company describes as “Force Touch” technology, which is a neat way of saying that a few sensors on each side of the mouse pick up on how hard you press and quickly move from left to right to trick your brain into thinking there actually is a button.

This trickery means you can make use of an extra button on a device that has no actual buttons on it, meaning developers can unlock extra features from deeper button presses.

Right now, there isn’t a lot for the extra button to do, outside of defining a word, looking up a map, and previewing a webpage, as these are the functions for the extra button press found inside Mac OS X 10.10 and higher, but as more developers embrace the Force Touch mechanism, we’ll no doubt see more support.

So instead of focusing on what the extra click can do, we’re going to look at the positives of the Magic Trackpad 2 that make sense today, like the massive size.

Yes, instead of a 6.5 inch square trackpad, you now get an extra inch to work with in a wider rectangle, providing a more spacious 7.5 inch trackpad that is also slimmer and closer to the desk.

Gestures are supported here — hardly a surprise given the company behind the mouse — and there are no longer any batteries to replace, now that Apple has gone with a fully rechargeable system complete with an included Lightning cable that can also do double duty to charge an iPhone or iPad.

One feature the Magic Trackpad 2 appears to have on its MacBook sibling is called “silent clicking”, and it’s quite cute.

Since the whole button thing on the Magic Trackpad 2 isn’t really a button, switching silent clicking on in the options screen appears to tighten the click feeling, lowering the sound into something close to inaudible, and yet still offering the two levels of clicking that Force Touch normally caters for. That’s something Mac OS X 10.11 brings, so if you have a MacBook or MacBook Pro from earlier in the year with the Force Trackpad, you get this too, but it’s especially handy to see it on an external device.

In a place like a library or a room where you’re not supposed to make much noise, this could be handy. Alternatively, if you don’t like the sound of the mouse clicking, it could be handy there too.

We think it’s cute, that said, because you don’t often find a way to silence input devices on a computer. Now Apple just needs to make its keyboards quieter, and then you’ll have a way of using your machine that makes less noise than you.

Finally, there’s pairing, and that is now the easiest experience if you have a recent Mac, allowing you to plug in the mouse— err, trackpad with the Lightning cable and have Mac OS X just pick up on it, pairing it for you.

That’s the theory, anyway, because it only works if you have your Mac updated to the most recent version of the operating system, currently (at the time of publishing) 10.11 or “El Capitan”.

Anything lower and the cable won’t actually pair the mouse, just merely supply power and let you use the mouse through it.

This test, however, has taught us one thing about the Magic Trackpad 2: you can use the mouse simply by plugging in the Lightning cable without engaging Bluetooth, and that means it can be used in areas where Bluetooth isn’t allowed, like cabins of older aircraft.

Want to give an old laptop a better trackpad? Plug this in, and it will do just that.

Instant pairing is a cool feature, though, and it will even kill a pairing with a secondary computer if you pair with a different machine. Neat.

Windows users will also probably want to steer clear of this one, which shouldn’t be a real shock given the “Apple” logo on the bottom, as well as the box and the store you need to buy it from, but there’s another reason: it doesn’t do much on a PC.

Testing it with Windows, we found you could make the mouse move and click the button, but only the main button, with no support for either the secondary “deeper press” button or gestures found here.

Again, it’s not a huge surprise given this was designed for Mac OS and not Windows, but it’s just something to be aware of.

Price is our other issue with the new trackpad, because at $199, Apple’s latest touchpad mouse is certainly not cheap.

We haven’t actually seen a $200 consumer friendly mouse before, and while we’ve certainly seen some expensive input devices made specifically for 3D work and video editing, this is not one of those, carrying a high price while Apple removes the original sub-$100 mouse from its catalogue.

Yep, you read that right: the $199 Magic Trackpad 2 is the only external trackpad you can buy from Apple anymore, now that the company has retired its original Magic Trackpad.

It begs the question: why bother slapping a “2” on this new model if you can’t find the original to compare it with?

We’re not sure we have an answer for that, and we suspect Apple won’t have one, either, but that doesn’t stop us from thinking $199 is too much for a trackpad, regardless of how neat the technology is.

That said, if you want a trackpad for your Apple computer these days, you don’t have much of a choice.

We’re not so sure if everyone needs a trackpad for their desktop, but if you like the Apple trackpad on the 2015 Mac laptops, the Magic Trackpad 2 is the best way to bring that experience to an all-in-one like the iMac, or to the Mac Pro, or anything else that you can run a recent version of Mac OS on.

At $199, it’s quite expensive, that said, so work out if you really well and truly need the mouse.

In a year or two when Apple has more uses for Force Touch and developers have really embraced it, we suspect this will be more people, but hope the price goes down at this point, because right now it’s a huge obstacle.

Overall
Reader Rating0 Votes
Brings the button-less trackpad concept to more than just new Macs; Large surface area; Definable button depth; Silent mode is very cool; Pairs upon plugging in with modern Macs; No more replaceable batteries; Charges through a Lightning cable, and there’s a spare one in the box!; Can work over wired Lightning connection;
Very expensive; Won’t pair easily with anything not running Mac OS X 10.10 and lower; Not enough makes use of the force touch mechanism;
4