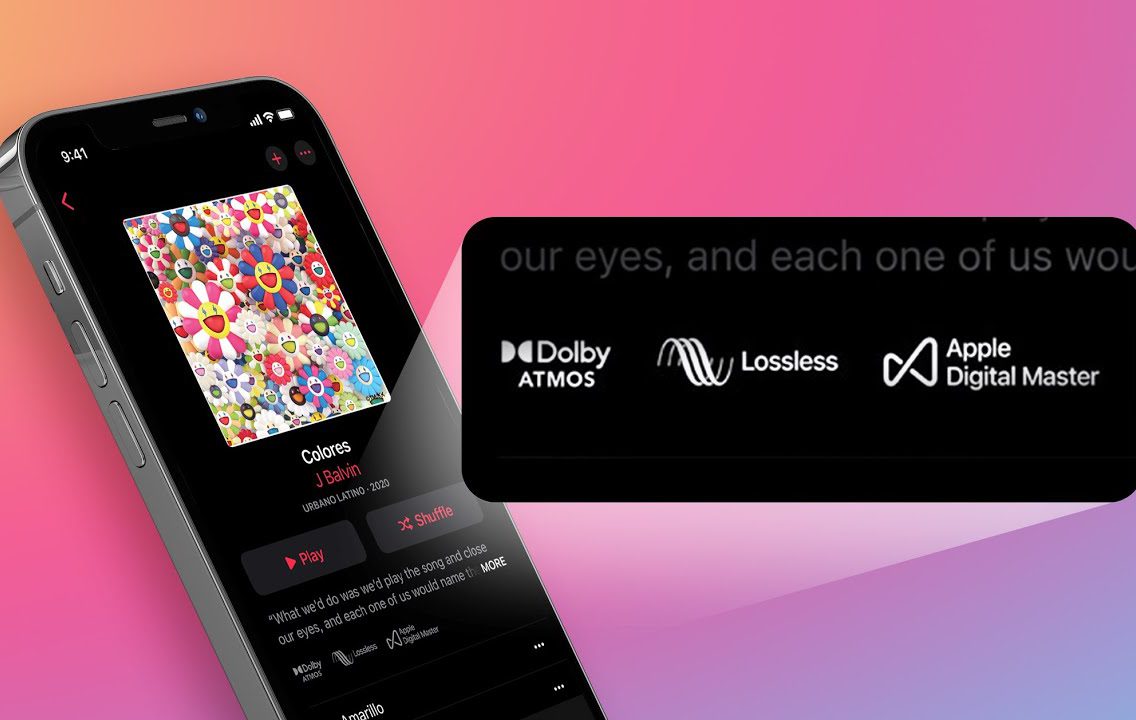 Lossless and Spatial Audio: What is it and how do you play it?

Apple has taken the audio quality of its Apple Music subscription service to the next level. Apple Music now supports two new formats: ‘lossless’ and ‘spatial’ audio. The good news is that there’s no extra charge to subscribers, which has left rival streaming services such as Tidal and Qobuz, who offer high-res streaming but at a significantly higher price tag, reeling in its wake.

The problem is that none of Apple’s own headphones work with its new higher-resolution streams – not even its flagship $899 AirPods Max.

So how do you actually get all that uncompressed audio goodness to your ears, and what is the difference between spatial audio and lossless? Here’s what you need to know.

What is Apple Music lossless?

With lossless audio, ‌Apple Music‌ subscribers can listen to songs exactly as the artists intended them to be heard. The technology preserves the texture and detail that went into the music when it was originally recorded.

Currently, all of Apple’s Music 75-million strong catalogue is available in CD quality or lossless and Apple says that it plans to make its entire catalogue available in Hi-Res lossless by the end of 2021.

While Apple uses a new ALAC codec to help make smaller file sizes without impacting the integrity of the original audio recording, playing lossless music will still consume significantly more bandwidth and take up much more storage on your device. For example, a 3-minute song streamed on Apple Music will be approximately 36MB in lossless format and 145MB with hi-res lossless. By comparison, the same track is just 5MB when encoded in standard quality AAC files.

Apple Music isn’t the first service to offer lossless streaming, of course. Tidal, Qobuz and Amazon Music HD all offer CD-quality and hi-res listening, while Deezer offers the former. The Spotify HiFi lossless tier is due to offer CD-quality streams by the end of the year too.

Lossless audio on Apple Music can currently be listened to on iPhones (since the iPhone 7), iPad, Mac and Apple TV. Apple’s smart speakers with the HomePod and HomePod mini will support Apple Music lossless via a software update later this year.

None of Apple’s headphones, however, work with lossless audio. The AirPods, AirPods Pro, and AirPods Max are throttled by the Bluetooth AAC codec and don’t support the new ALAC (Apple Lossless Audio Codec) format that Apple uses for lossless streams. Essentially, it’s not the headphones but rather the Bluetooth wireless signal that lacks the bandwidth needed to receive the lossless music.

The only way to enjoy lossless or hi-res lossless audio on Apple Music from your iPhone or iPad is to use a wired pair of headphones, a standalone DAC (Digital to Analogue Converter) and Apple’s Lightning-to-USB camera adapter.

It’s worth noting that external headphone adapters such as Apple’s Lightning to 3.5mm adapter is limited to 24-bit/48kHz, and as such, cannot play music at the hi-res lossless tier.

Thankfully, there are a number of great external DACs on the market that work with iPhones such as the THX Onyx and Audioquest’s DragonFly Red. Both these DACs use LED indicators that handily tell you what sample rate is being played so you can make sure your ears are being fed the best possible sound quality.

Investing in Apple’s Lightning-to-USB camera adapter and then plugging in wired headphones into a USB DAC on the other end mightn’t be the most elegant solution but it’s the only way to go if you want to hear the full fat high resolution audio from Apple Music.

What is spatial audio and how do I get it?

Spatial audio is essentially a 360-degree ‘surround sound’ expereince. To be possible, the source material needs to be specially recorded to capture the ‘directional’ sound and encoded into an audio format with respective sound ‘channels’. Your listening device then needs to understand the audio format and convert the channels back into directional sound. Apple supports two different flavours of spatial audio on its devices depending on the type of content you’re listening to.

For movies and TV shows streamed from iPhone, iPad and Apple TV, Apple uses its own proprietary spatial audio technology to deliver sounds around and above you on an AirPods Pro or AirPods Max headphones. In this scenario, spatial audio won’t work with other headphones including the regular AirPods as it uses the sensors on the Pro and Max to enable dynamic head tracking so the audio sounds like it is coming from the right direction even as you turn your head or move your iPhone.

Apple Music, on the other, hand uses Dolby Atmos for spatial audio recordings, and since there’s no head tracking involved, it works with any headphones. Dolby Atmos is enabled by default whenever a supported track is played on AirPods and Beats headphones with a H1 or W1 chip. At the time of writing, this includes:

For non Apple headphones, you will need to switch it on manually in the settings (go to Settings > Music and switch the Dolby Atmos option to ‘Always On’).

According to Apple, the HomePod and HomePod Mini will also support Dolby Atmos from Apple Music via a software update later this year.

As tracks need to be specifically recorded with multidimensional audio, the library of supported tracks currently available in Dolby Atmos is considerably smaller than lossless though Apple says it will be adding more over time.

What about Apple Music lossless and spatial audio for Android?

Apple Music can also stream lossless and Hi-res lossless to Android smartphones. Just like on iPhone, you will need an external DAC and wired headphones to enjoy it. Ironically, the solution is a little more streamlined on Android smartphones since you don’t need a lightning adapter in the chain.

If your Android smartphone supports Dolby Atmos then you should see an option for it in the audio section of the Apple Music app settings.