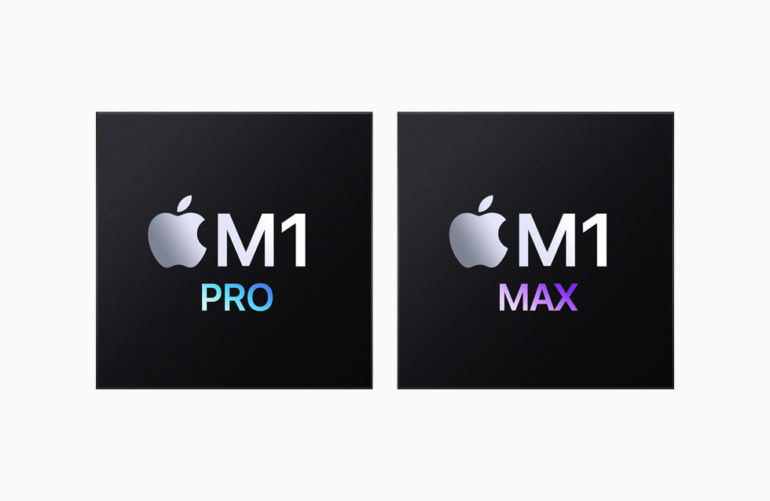 Continuing Apple’s move away from Intel architecture in favour of its own Apple Silicon, the new 14 and 16-inch Apple MacBook Pro feature the M1 Pro and M1 Max system-on-a-chip. They promise a major performance boost from Apple, as well as significant gains in power efficiency.

Both chips sport a 10-core CPU – with eight high-performance cores and two high-efficiency cores – compared to the 8-core M1. As a result, the M1 Pro’s GPU is up to twice as fast as the existing M1, already found in the likes of the Apple MacBook Air (M1 2020). Meanwhile, the M1 Max is up to four times faster than M1.

The M1 Pro supports up to 32 GB of integrated memory with 200Gbps bandwidth, along with a 16-core GPU. The hefty M1 Max doubles this on all counts.

The efficient architecture of the new chips means they deliver the same level of performance whether plugged into the wall or running on the battery.

Utilising 5-nanometre-process technology, M1 Pro packs in 33.7 billion transistors – more than double that of the M1. It delivers up to 1.7x more CPU performance than the M1, at the same power level, and achieves the PC chip’s peak performance using up to 70 per cent less power.

The M1 Max boosts this to 57 billion transistors, another 70 per cent more than the M1 Pro, making it the largest chip Apple has ever built.

When it comes to graphics grunt, the M1 Max’s GPU delivers performance comparable to a high-end GPU in a compact pro PC laptop while consuming up to 40 per cent less power, and performance similar to that of the highest-end GPU in the largest PC laptops while using up to 100 watts less power. Generating less heat means the fans run quietly and less often, helping further extend the battery life.

Apple has also updated Final Cut Pro and Logic Pro updated with new features and performance to take advantage of the power of the new M1 Pro and M1 Max Apple Silicon chips.