Apple TV under the Xmas tree 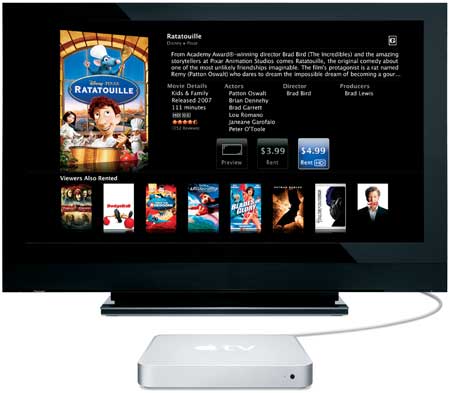 Apple TV has had a slightly troublesome launch in Australia, since on release it wasn’t possible to download movies from iTunes, and the unit has no HDTV receiver. Thankfully for Christmas 2008 it’s now possible to buy TV shows and movies from the iTunes Store, and rent movies in HD.

One thing people often forget about Apple TV is that it links up with iTunes on your Mac and PC, allowing you to play all your music through the main AV system in your lounge-room via stereo RCA, optical or even HDMI. It’s also possible to view home movies and photos using the elegant Apple TV interface.

Thanks to continuous upgrades to both the unit itself and iTunes, Apple TV is just getting more and more capable. What was once a fairly limited system is now nearly as versatile as any media player, except it has the advantage of Apple’s build quality and user interface.