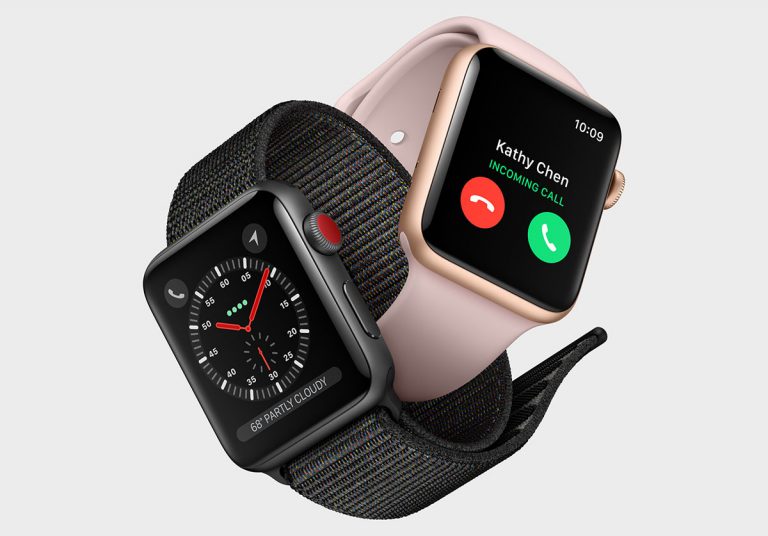 It wasn’t all phones and TV yesterday at Apple’s big event. The Apple Watch was also treated to an upgrade.

The point of G+C model is to allow you to skip carrying the iPhone to which your Apple Watch would normally be connected. With 4G LTE connectivity, it switches to cellular communications when the iPhone isn’t around, and reconnects when the iPhone comes back to it. Amongst other things, it will “soon” allow music streaming with Apple Music straight to the watch.

And, yes, you can make a receive calls using the watch. Trickiest yet, the watch’s phone function will use the same telephone number as your iPhone. If anyone calls while you’re on that jog, chances are they won’t even know you’re using the watch rather than your phone unless you tell them.

There is a speaker built in – Apple has given Siri the ability to speak through it – but I imagine most would use Apple AirPod earphones, or perhaps some other Bluetooth earphones.

The watch has a faster dual core processor and a new custom WiFi chip that increases speed by 85%. Added is a barometric altimeter to help track your vertical progress.

The watchOS has been upgraded to version 4. It includes an update to the Heart Rate app and increased Siri integration. Coming is GymKit, a system that would seem to be analogous to Apple’s HomeKit, and which allows the watch to connect to smart cardio equipment for automatic capture of workout information. Also revised is the Music app.